WonderWorks features over 100 hands on exhibits that will spark the imagination and challenge the mind.

Make WonderWorks the thing to do during your vacation! There is so much to see and do at the WonderWorks attractions!

WonderWorks began as a top-secret laboratory in the Bermuda Triangle where scientists worked on harnessing the power of a man-made tornado. One day, an accident caused an explosion, launching the laboratory to the tip of the earth’s atmosphere. Gravity forced the lab back down to the ground where it landed upside down at Broadway at the Beach! The building remained intact, waiting for the next scientist to explore. Enter with caution, as sometimes it is hard to tell whether you are right-side up or upside down!

With the ceiling under your feet and the ground above your head, it’s impossible to see the magic inside WonderWorks. Pass through the inversion tunnel to realign yourself and start your adventure! Inside you’ll find six wonder zones for loads of family fun! Start your journey below as you discover some of our featured exhibits.

After you’ve explored the exhibits, venture up to the basement where you’ll find action-packed entertainment for all ages!

Climb through obstacles three stories above the ground in the glow-in-the-dark Indoor Ropes Course, compete against opponents and battle in our in a fast-paced, black-lit Laser-Tag arena and experience a whirlwind adventure in our 4D XD Motion Theater!

Click a location below to get your WonderWorks Coupons 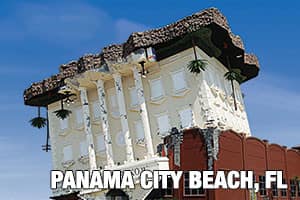 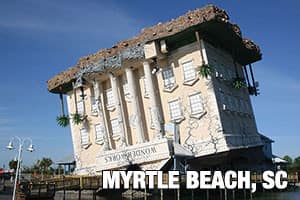 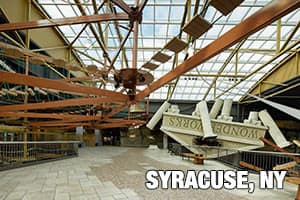