How to Redeem Sails to Rails Museum Coupons:

Purchase your tickets through our partner, Trusted Tours and save $1.07 per person. Travelin’ Coupons donates 10% of its proceeds to the Student Youth Travel Foundation. It may not be much, but every little bit helps. Thank you! We love you and have fun in Key West, FL!

About Sails to Rails Museum:

Guests to Sails to Rails will journey through the Age of Sail, a time when tail ships plied the treacherous waters of the Caribbean, Gulf of Mexico and Florida Keys from the 1500 to early 1900’s. These waters were once filled with treasure-laden Spanish Galleons, dreaded Pirates, merchant ships and more as the New World made its riches known to all who sailed her waters. 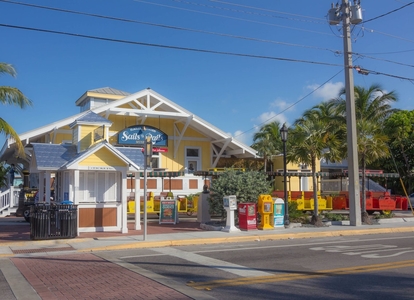 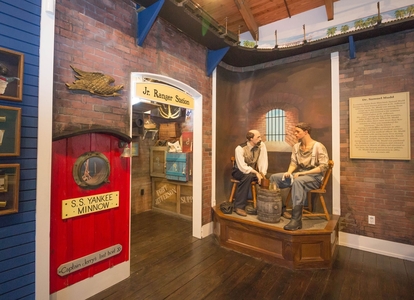 More on Sails to Rails Museum:

Sail power was used in the day of the treasure fleets returning from Mexico and South America, in the initiative to rid the Caribbean of piracy, and in the industries that made Key West the richest city per in the United States: sponging, turtling, fishing, wrecking, and cigar making.

The end of the Age of Sail came with the beginning of steam power in the 1820’s and during the Civil War years of the 1860’s, when the vicissitudes of industry gave way to the speed and reliability of steam. Despite its rapid decline, sail remained part of the industrial fabric of Key West until its last ship was built in 1939: The Western Union, the cable tender serving its namesake company.

There was a time in America when railroads opened up the frontiers of an emerging nation. Railroads meant connection to commerce, wealth, and politics of a young country. In a sense, the United States of America was built on the foundation of its railroads, and Florida was certainly no exception.

In 1900, the life expectancy of male in the United States of America was a mere 47 years. Henry Flagler was 70 years old and one of the wealthiest men in the world from his partnership with John D. Rockefeller in the founding of the world’s largest company, Standard Oil of New Jersey. For the health of his wife, Henry Flagler first came to Florida in 1885 and became entranced with the dream of seeing it become the country’s Riviera. His aspirations for luxury hotels along the East Coast of Florida developed it into the state it is today.

Realizing that the Panama Canal was going to be completed in 1913, Henry Flagler in 1897, first conceived of establishing a rail head in the southernmost deep-water port of the state: Key West. Thought to be impossible and even labelled “Flagler’s Folly,” the Key West extension was begun in 1905 and was, indeed, an engineering marvel. A visit to Sails to Rails is one of the most comprehensive overviews of Florida Keys and Key West history a visitor can obtain. A top attraction in Key West for adults and kids of all ages.