One of the largest exhibits of its kind, The Mandalay Bay Shark Reef houses more than 2,000 species of aquatic life including sharks, exotic fish and more. Housing more than 2,000 animals including sharks, exotic fresh and saltwater fish, a massive sea turtle and much more. Shark Reef offers the aquatic experience of a lifetime. The ocean is probably the last thing people think of when they visit the dry desert of Las Vegas, but the Mandalay Bay Shark Reef changes that. 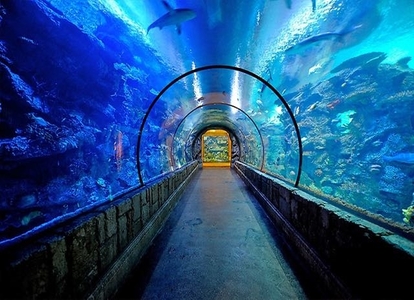 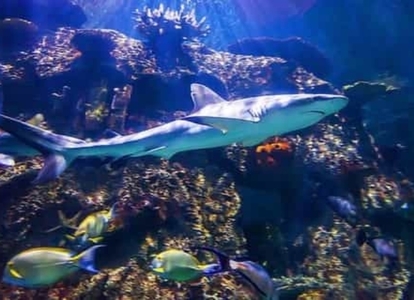 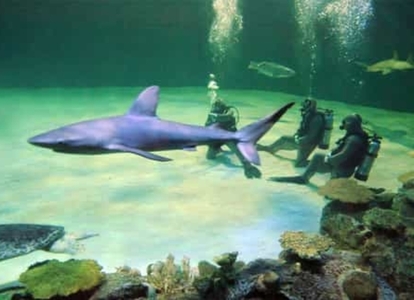 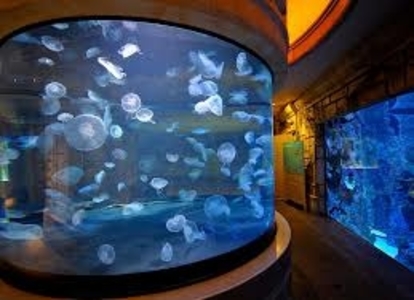 Mandalay Bay Shark Reef is reminiscent of an ancient temple slowly sinking into the ocean. The tunnel, which houses five species of sharks and the aquarium’s largest animals, is designed to look like a sunken shipwreck. Here, visitors can witness a scuba diver’s view of these mesmerizing creatures, including nurse sharks and tiger-striped sharks measuring up to nine feet long, and two tiger sharks that measure more than six feet in length. When divers swim in to clean these tanks, they wear a stainless steel mesh, similar to what knights wore long ago. The metal helps keep the animals away so the humans don’t look like food.