Since its opening in 1996, the 1,149-foot-tall Stratosphere Tower has captured the attention of celebrities and tourists alike with its rock star view. With a 360-view of the city, the Stratosphere Tower Observation Deck is the tallest of its kind in the country. The deck is so high up that you can see helicopters at eye level. But even riding in one of the helicopters can’t compare to the thrill of the Stratosphere rides, which overlook the Strip from the top of the tower. 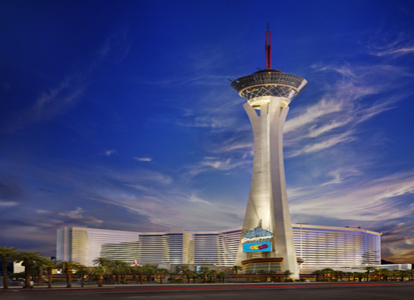 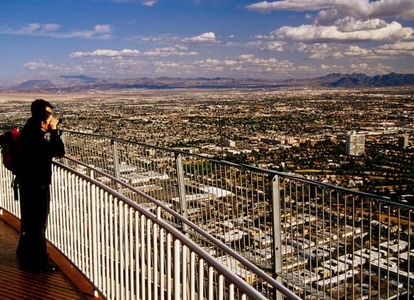 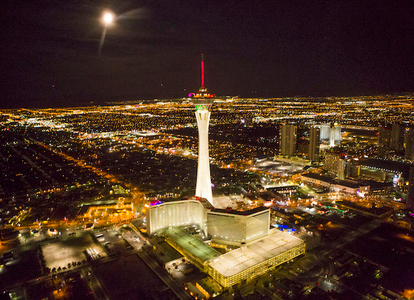 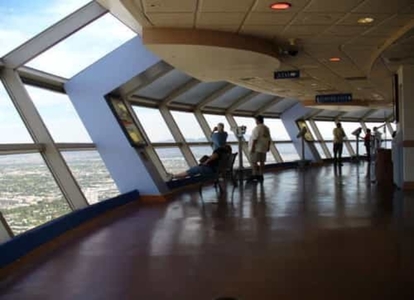 While Las Vegas is the ultimate party destination, there are quite a few people who visit exclusively for the thrill rides. The Stratosphere offers four out-of-this-world rides sure to get you screaming, including the Big Shot, Insanity, X Scream and the controlled free-fall SkyJump. If these rides are too intense, there’s no need to miss out on all the fun. Visitors can get some liquid courage at Air Bar or watch their adventurous friends on the rides from the indoor deck. One of the best times to come out to the deck is near sunset. Guests can admire the rainbow of colors in the sky followed by the lights illuminating the city just minutes after.