Marriage Can Be Murder Vegas Coupons

How to Redeem Marriage Can Be Murder Vegas Coupons:

About Marriage Can Be Murder Vegas:

No, it’s not your average bachelor’s view of saying “I do.” Marriage Can Be Murder is an award-winning interactive comedy and murder mystery dinner experience where the audience members become part of the show. If you liked the movie “Clue,” then this is a dinner show that you will want to sink your teeth into. Anyone can be a suspect as actors are not readily apparent among the seemingly innocent guests. You might be seated next to another patron or maybe even the murder suspect, but only time will tell as the night unravels and more clues are revealed. 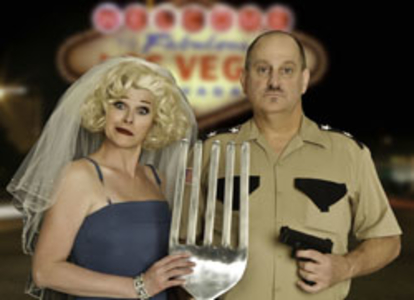 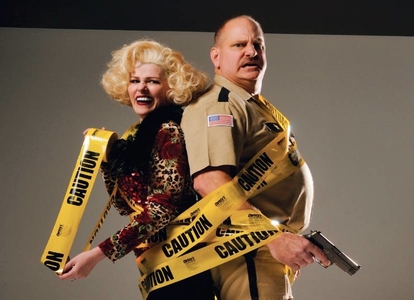 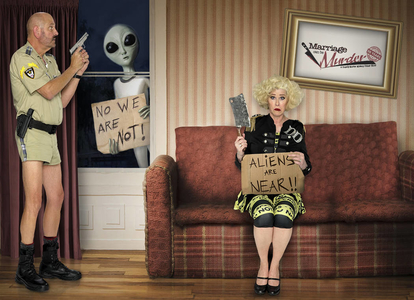 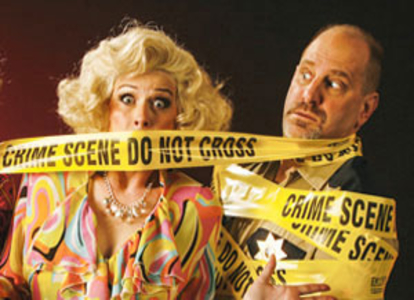 More on Marriage Can Be Murder Vegas:

Guests are seated at banquet tables. Salad and warm rolls are served first, followed by an entrée with your choice of chicken, beef or fish and cheesecake for dessert. DD, a sometimes ditzy and sometimes clued-in blonde, is your host for the evening. DD assigns some guests roles including doctor or pallbearer who are called to service each time someone is murdered.
“This guy has sax appeal,” says DD as she stops by one male guest who looks like he would be a good fit for the processional band.

Each guest has a game card that DD refers to as sleuth pad. The card has a space for your name and a place to write who the victim and killer are and what the motive is for each of the four murders that take place during the show. After the first murder, police Lt. Eric Post arrives. Wearing too short and fitted khaki shorts, Post makes the audience laugh before he even opens his mouth. He interrogates guests while consulting DD for some background information.