Purchase your ticket on Travelin’ Coupons and save up to $10.00 per person! Travelin’ Coupons donates 10% of its proceeds to the Student Youth Travel Foundation. It may not be much, but every little bit helps. Thank you! We love you and have fun in Las Vegas!

NBC’s America’s Got Talent-winning magician Mat Franco takes an innovative approach to magic-making that’s driven by pure joy. Almost entirely self-taught, the 31-year-old Rhode Island native began staging his own shows before the age of 10 and quickly cultivated a performance style that highlighted his natural warmth and wit. Named “Best Show” by Las Vegas Weekly and twice voted “Best Magic Show” in the Las Vegas Review-Journal’s Best of Las Vegas Awards, MAGIC REINVENTED NIGHTLY has continued to receive rave reviews from fans and critics alike, paving the way for the renaming of the LINQ Theater to The Mat Franco Theater in summer 2017. 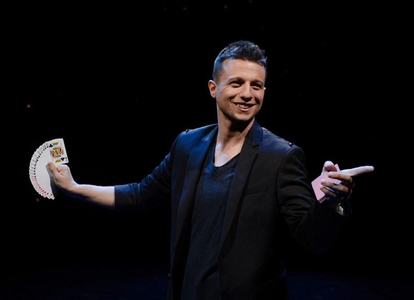 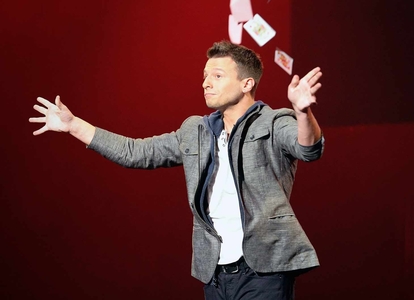 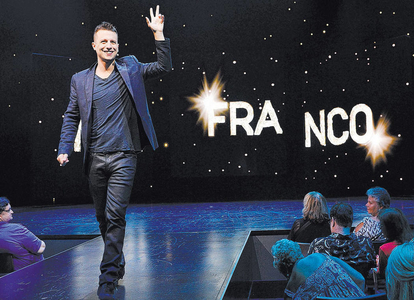 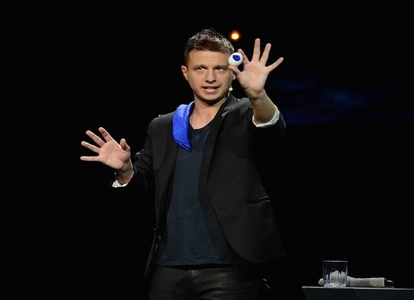 MAT FRANCO – takes the stage in Magic Reinvented Nightly at The LINQ Hotel & Casino with a fun and feel-good twist on magic that defies all expectations. Fresh from his triumphant win on America’s Got Talent and his follow up primetime special on NBC in 2015, Mat presents an unparalleled production and innovative approach to magic-making that’s driven by his passion and imagination. With his signature brand of breezy humor, Mat mixes his amazingly inventive and stunning magic with crowd-guided improv, creating a once-in-a-lifetime adventure that’s unique and unforgettable to each audience.

Presented by Base Entertainment, Mat Franco’s Magic Reinvented Nightly at The LINQ Hotel & Casino offers a high-energy show that’s a must-see experience in Sin City. Guests can enjoy an interactive, engaging performance, filled with comedy, mystery and intrigue by the Season 9 winner of America’s Got Talent, Mat Franco. Each hour-and-a-half show is presented at 4 p.m. and 7 p.m.