Purchase your ticket on Travelin’ Coupons and save up to $54.00 per person! Travelin’ Coupons donates 10% of its proceeds to the Student Youth Travel Foundation. It may not be much, but every little bit helps. Thank you! We love you and have fun in Las Vegas!

Explore Vegas’ nightlife scene in style as a VIP on the Las Vegas Party Bus Crawl. Your night includes four of the hottest nightclubs in the city, where celebrities, influencers, and A-listers go to party. Plus, there’s no need to wait in line. With your VIP treatment, you’ll walk right in. And, you’ll travel in style throughout the city in your own party bus with color-changing lights, your choice of music, and more. 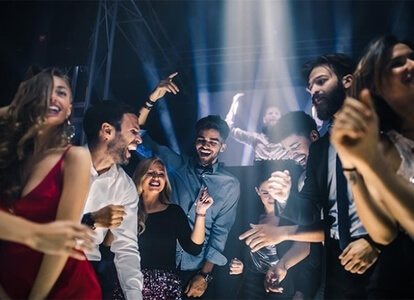 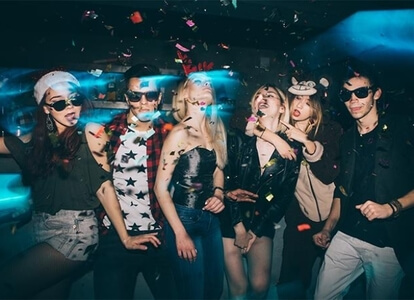 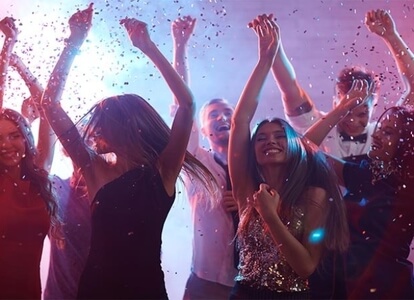 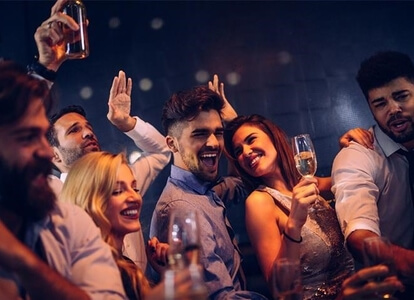 Looking to have an epic night out in Las Vegas? Join this Vegas nightclub crawl, and you’ll be treated to an unforgettable VIP-style nightlife experience. You’ll explore four of the hottest Sin City nightclubs – the most exciting party hotspots, places where celebrities and A-listers go to play. And, you won’t have to wait in line or pay a dime to get inside. Instead, you’ll slide past the velvet ropes like a boss.

Between nightclubs, you’ll get to travel on an amazingly posh party bus – twice. With plush seating, color-changing lights, stripper poles and your choice of tunes playing on the boomin’ sound system, it’s the ultimate in VIP transportation. Not to mention there is an open bar! Your fun-loving, professional tour host guides the entire evening and keeps the party rockin’. As an added perk, money-saving drink specials are waiting for you at every nightclub tour stop. With this bus club crawl, you can party like a VIP all night long at the top Vegas nightclubs.