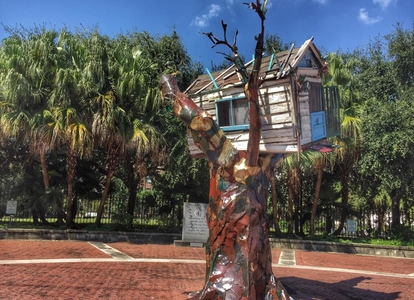 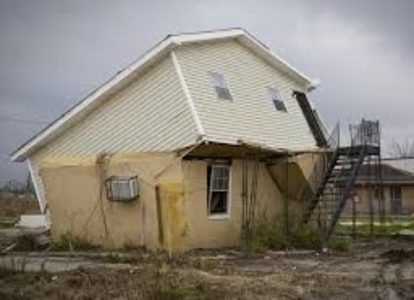 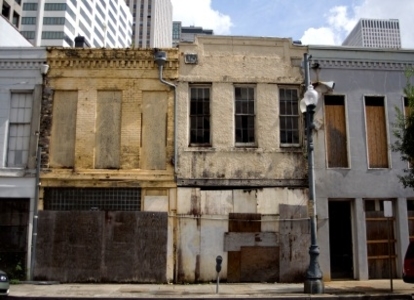 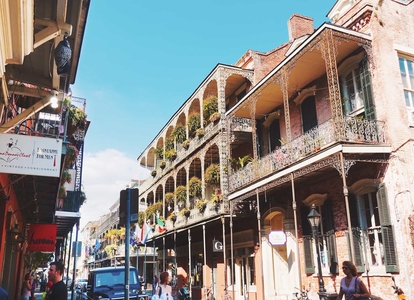 On August 29, 2005, New Orleans and the Gulf Coast were devastated by a storm that will go down in history as one of the worst catastrophes on American soil. The historic areas of town came through the storm with very little damage. The French Quarter, Garden District, most of the cemeteries and the plantation homes are all open for business.

On the tour, guests will learn the history of the original city, the French Quarter, and why it was built at this particular location along the Mississippi River . Drive past an actual levee that “breached” and see the resulting devastation that displaced hundreds of thousands of U.S. residents. The direct connection between America ‘s disappearing coastal wetlands, oil & gas pipelines, levee protection and hurricane destruction will be explained.

Your tour guide will give a “local’s” chronology of events leading up to Hurricane Katrina and the days immediately following the disaster. You’ll be amazed at the volume and variety of products offloaded in the multimodal port of New Orleans , the second largest port in the country, and then distributed to your hometown. Did you know that 30% of the seafood (fish, crabs, shrimp, oysters, and crawfish) harvested in the lower 48 states comes from the coastal wetlands in South Louisiana? After this tour, you’ll have a better understanding of events pre and post Katrina and the Rebirth of New Orleans!

The tour, Hurricane Katrina Tour – America’s Greatest Catastrophe is designed to educate the public on what happened and how it can be prevented in the future. The staff of Gray Line thought long and hard about operating this tour. They decided to go ahead with it only after members of Congress who had resisted funding the rebuilding of our city changed their mind after seeing all the devastation. After each site inspection, the major comment was, “You can’t believe it until you see it.”

When a few members of Congress questioned whether New Orleans should be built back, the decision was made. Gray Line would create a tour to accurately inform visitors about New Orleans and South Louisiana’s contribution to the U.S. and global economies.

“Since so many of our employees, including myself, lost our home and possessions, this tour will be operated with the utmost sensitivity to the thousands of local residents still trying to get their lives back in order” Gray Line New Orleans Vice- President Greg Hoffman explains. The tour is operated on mini motorcoaches and will travel on major thoroughfares open to all vehicular traffic. Passengers will not be allowed to exit the vehicles except at the refreshment stop.

The tour is narrated by licensed tour guides who are local New Orleanians with their own personal Hurricane Katrina stories to tell. Areas of the city that did not receive the main focus of media will be visited. The tour will not go into the 9th Ward or New Orleans East.