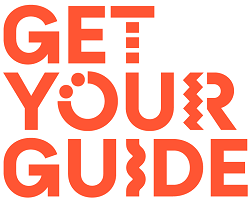 Purchase your tickets to New Orleans Cemetery History Tour through our partner, Get Your Guide.

Travelin’ Coupons donates 10% of its proceeds to the Student Youth Travel Foundation. We appreciate and thank you for using our New Orleans Cemetery History Tour Coupons! 😘

Groupon offers several discounts on things to do in New Orleans. You can CHECK HERE to see if they have a live deal today 🙂

This walking tour is an extremely popular daytime adventure into the legendary St. Louis Cemetery #1, New Orleans’ oldest City of the Dead. Explore the cemetery and visit the tomb of Voodoo Queen Marie Laveau. Step back in time with this historically accurate and educational tour.

In New Orleans, tales of witches were an integral part of local folklore. Among the Cajuns, it was believed that when an evil witch died, she might return as a chauchemar or nightmare witch. This ghostly creature would attack victims in their bed as they slept. The creature would pin the victim down, causing temporary paralysis. You can’t scream, you can’t move. Once she has you, she’ll ride you like a horse. Many a victim has awakened from griping nightmares to find actual whip marks on their body as evidence of the attack! In other parts of the country, as well as in Europe this is referred to as an attack of the Old Hag. Today we attribute this sort of phenomena to psychic vampirism rather than witchcraft.

Often considered the pioneers of the walking tour industry, Haunted History tours has appeared on more television programs and interviewed by more print media than any other tour company in New Orleans.

Further, Haunted History Tours is the only tour company to produce and publish its own book on haunted locations in New Orleans and its surrounding areas. They have been featured on A&E, Travel Channel, Discovery Channel, History Channel, MTV, ABC, NBC, CBS, CNN, Sci Fi, AMC and even ESPN! SEE FOR YOURSELF WHY SO MANY NETWORKS CONSIDER HAUNTED HISTORY TOURS “THE” EXPERTS ON THE DARKER SIDE OF NEW ORLEANS! Get your reservation today to join the Cemetery Tour which is mildly theatrical, hugely historical, thoroughly entertaining and will leave you…SPELLBOUND!

Save $3.55 per ticket at Oak Alley Plantation Tour with Travelin’ Coupons!

GROUPON offers things to do in New Orleans for up to 50% off!

Browse our Travelin’ Fun page for trip tidbits, check out our favorite book on New Orleans or spend some time reading through our New Orleans blog! We love New Orleans and hope you do too!

Know Before You Go! Check Out Our Favorite New Orleans Travel Guide