About Aladdin the Musical:

A new musical comedy presented at the New Amsterdam Theatre on Broadway that tells the beloved story of the 1992 animated Disney classic, Aladdin. Audience members of all ages can this two-and-half-hour show while marveling over elaborate costumes, an Academy Award-winning score featuring classic and brand-new songs, extravagant special effects, and more. 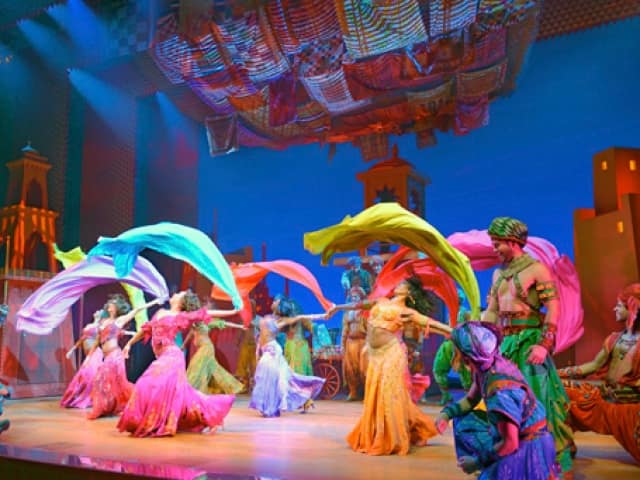 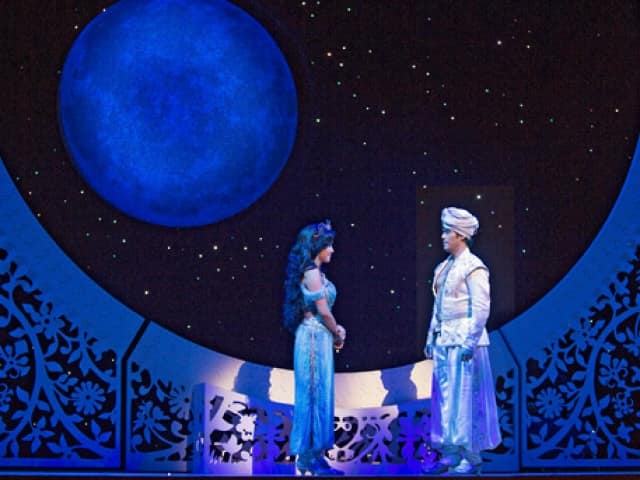 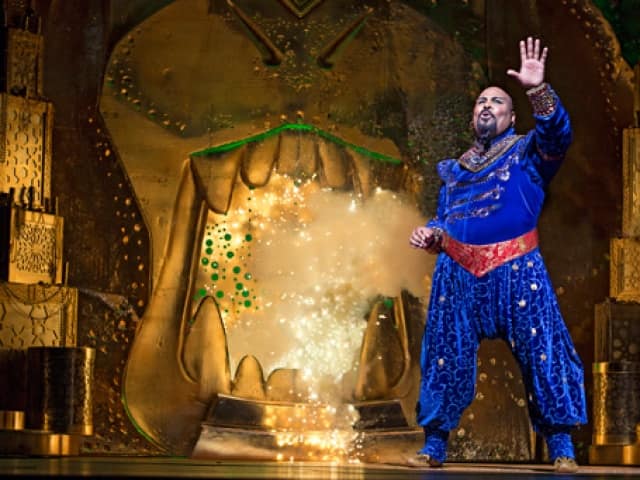 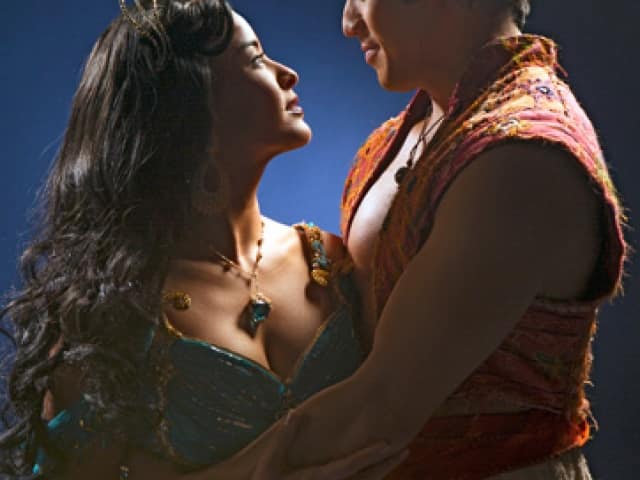 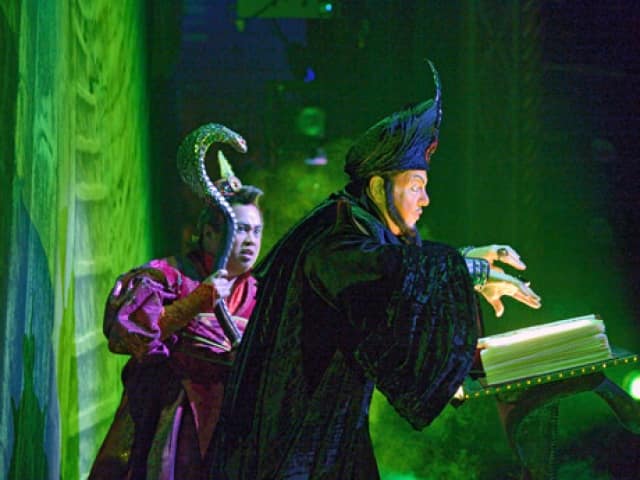 More on Aladdin the Musical:

From the producer of The Lion King and the director/choreographer of The Book of Mormon and Something Rotten! (Casey Nicholaw) comes the timeless story of Aladdin filled with unforgettable beauty, magic, comedy and breathtaking spectacle.

The beloved story is brought to thrilling theatrical life in this bold new musical. With just one rub of a magic lamp, Aladdin’s journey sweeps you into an exotic world full of daring adventure, classic comedy and timeless romance. It’s an unforgettable experience that includes all the cherished songs from the Academy Award-winning score and more written especially for Broadway.

Based on the 1992 animated film, Disney’s Aladdin tells the story of a street-smart commoner whose whole life changes when he meets a magical genie who can grant him three wishes. Aladdin wants the hand of Princess Jasmine, but that means becoming something he’s not and going toe to toe with Jafar who wants the genie for his own evil plans.

This show is approximately 2 hours and 30 minutes (1 intermission). Recommended for ages 6 and up.