“Hello, Dolly!” makes a triumphant return to Broadway! Starring Bette Midler, this classic musical follows a rambunctious matchmaker, Dolly, as she helps a widowed millionaire find a match. Little does this man know that Dolly has known the perfect match from the start – herself! This Broadway revival features an extraordinary cast, the timeless original songs, and a jaw-dropping set. 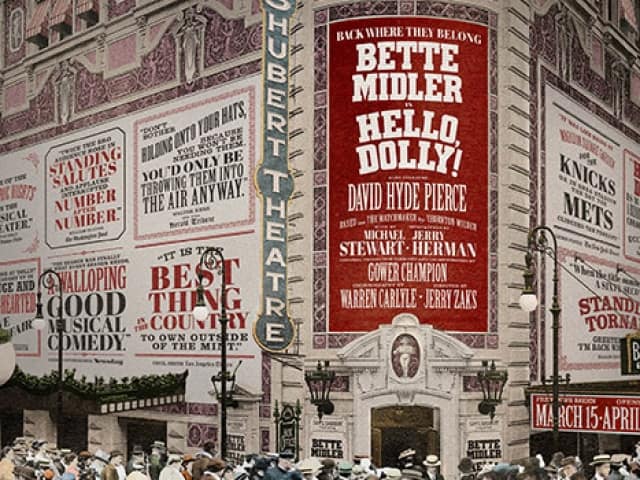 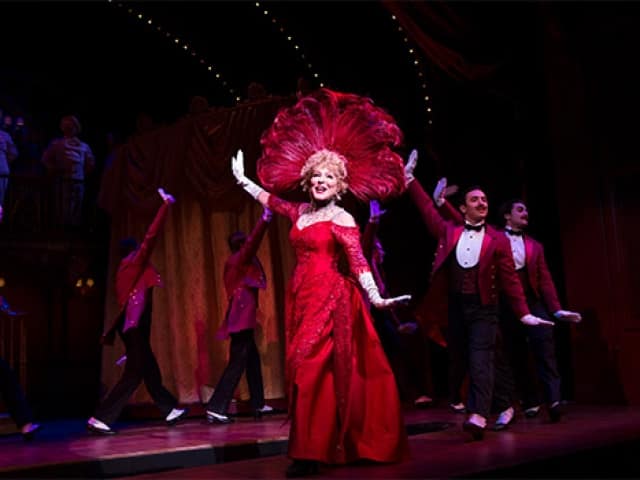 Bette Midler returns to Broadway in one of the theater’s most cherished musicals when she takes on the role of Dolly Gallagher Levi in Jerry Herman and Michael Stewart’s masterpiece Hello, Dolly! David Hyde Pierce also stars.

Based on Thornton Wilder’s farce, The Matchmaker, Hello, Dolly! caused an instant sensation when it premiered on Broadway in 1964, winning a record-shattering ten Tony Awards® and breaking the record for Broadway’s longest-running show. Directed by four-time Tony Award winner Jerry Zaks with choreography by Tony winner Warren Carlyle, this new Dolly! will pay tribute to the original work of legendary director/choreographer Gower Champion, which has been hailed both then and now as one of the greatest stagings in musical theater history.