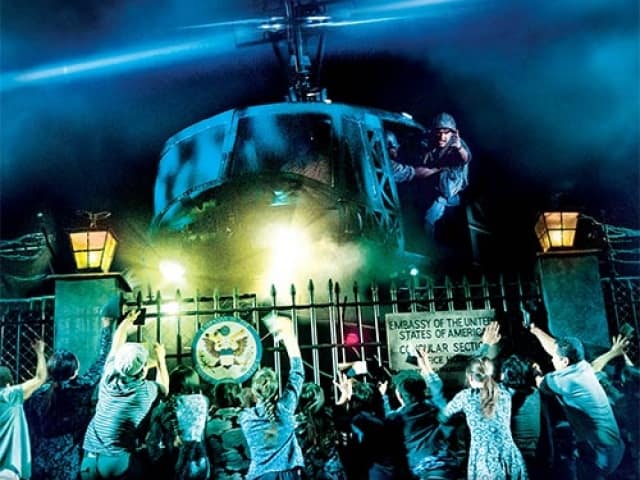 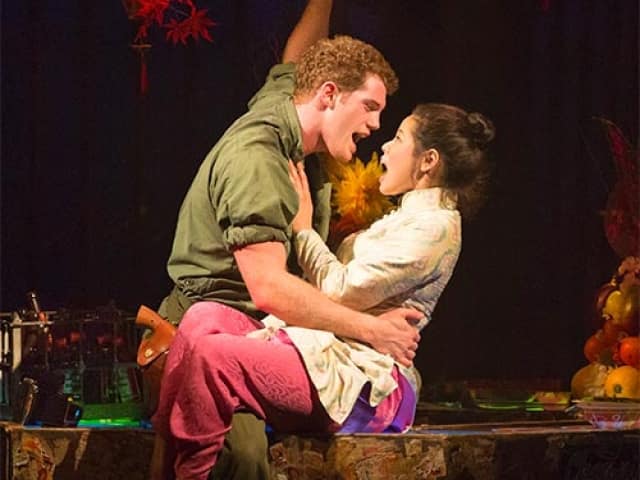 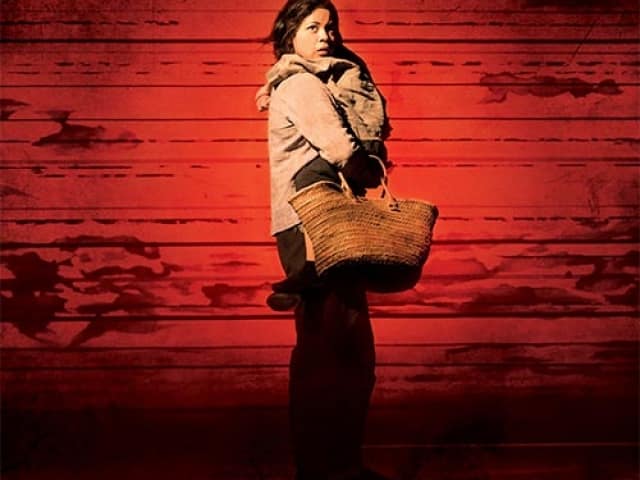 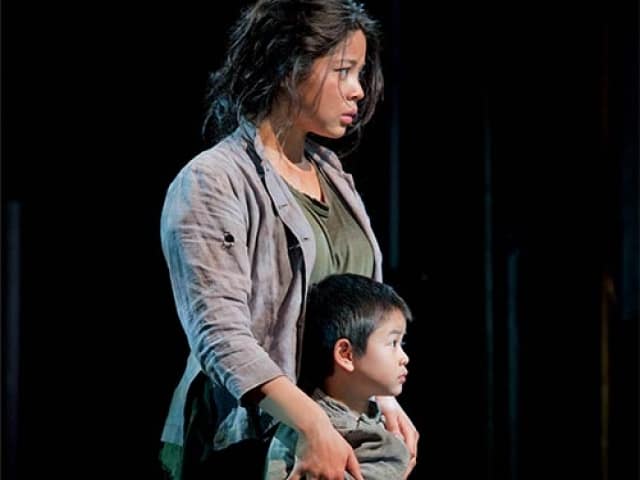 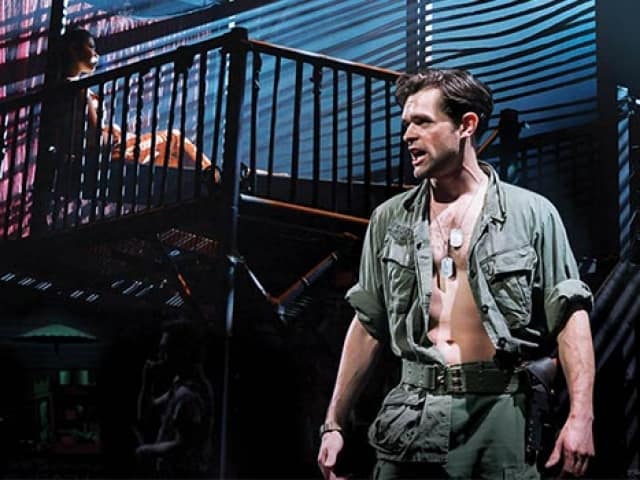 Making its return to the Broadway stage, Miss Saigon is an epic love story set in the final days of the Vietnam War. Kim is forced to work in a Saigon bar run by a mysterious character named “the Engineer”. Here, Kim falls in love with an American soldier named Chris. With the fall of Saigon, the two are torn apart and Kim embarks on a 3-year journey to find him once again.

Purchase your ticket on Travelin’ Coupons and save $89.00 per person! Travelin’ Coupons donates 10% of its proceeds to the Student Youth Travel Foundation. It may not be much, but every little bit helps. Thank you! We love you and enjoy the show!

Set in 1975 during the final days of the American occupation of Saigon, Miss Saigon is an epic love story about the relationship between an American GI and a young Vietnamese woman. Orphaned by war, 17-year-old Kim is forced to work as a bar girl in a sleazy Saigon nightclub, owned by a notorious wheeler-dealer known as “The Engineer.” John, an American GI, buys his friend Chris the services of Kim for the night—a night that will change their lives forever.

There, Kim meets and falls in love with an American G.I. named Chris, but they are torn apart by the fall of Saigon. For 3 years, Kim goes on an epic journey of survival to find her way back to Chris,

Don’t miss this “thrilling, soaring and spectacular” (The Times of London) musical inspired by the opera Madame Butterfly.

This performance is approximately 2 hours and 40 minutes with one intermission.

Recommended for 12 +. Children under the age of 4 are not permitted in the theatre.