From Times Square to St. Patrick’s Cathedral, this jam-packed 2.5-hour tour of NYC takes to you to some of the Big Apple’s top destinations. Your expert tour guide brings you all around Central Manhattan including Grand Central Station, the Empire State Building, and more. Bring a camera and comfortable walking shoes, and get ready for an action-packed NYC adventure. 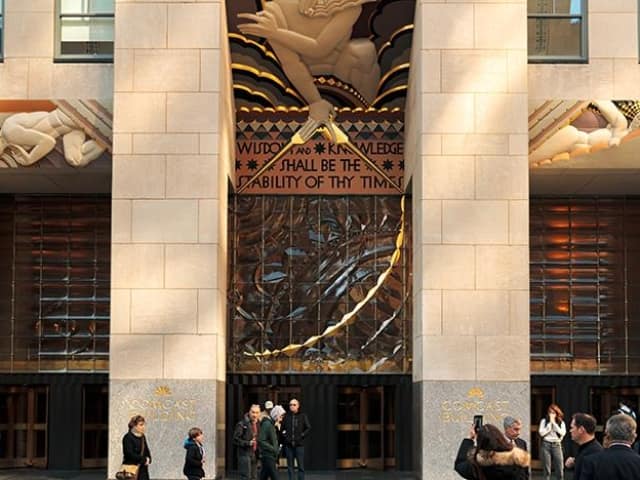 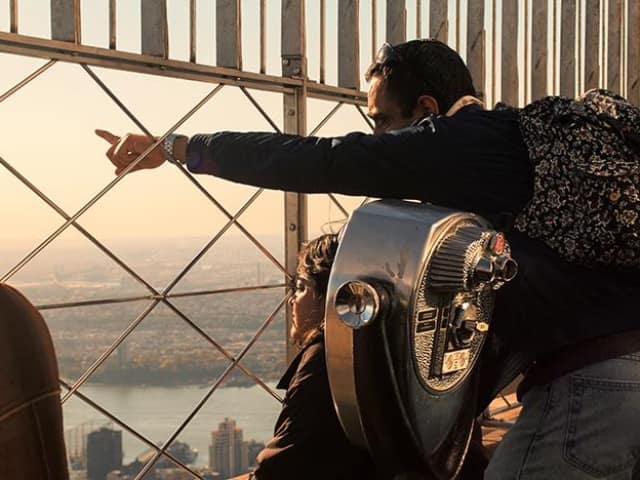 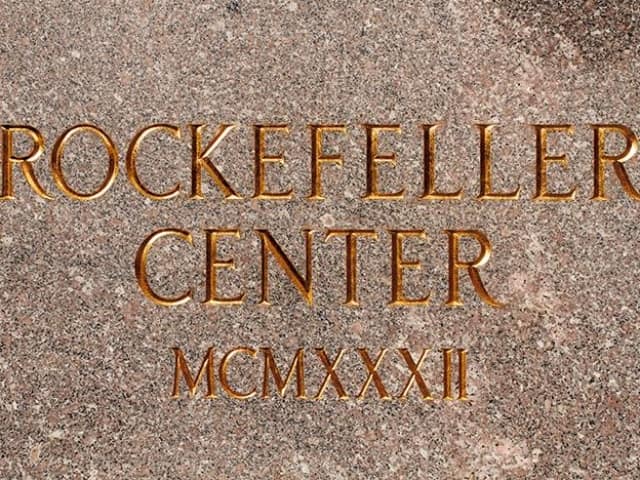 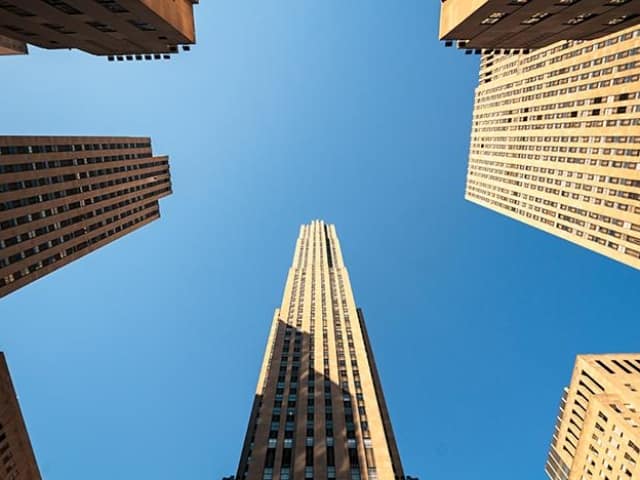 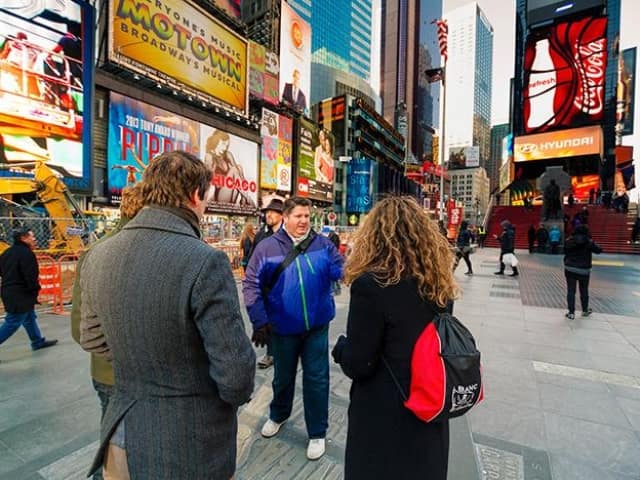 Your tour starts in the heart of it all: Times Square, where you’ll meet your expert local guide and a small group of 20 of your fellow visitors. Surrounded by the incomparable energy of the world’s most jaw-dropping pedestrian thoroughfare, you’ll dive into its history as a theatre and pleasure district, it’s decline in the 70’s and its rebirth as a global crossroads of entertainment and consumer culture.

Don’t forget about TV; a short walk away is the Rockefeller Center, home to famous TV shows like Saturday Night Live and the Tonight Show. As you stand in front of the building you’ll learn about the central role it played in the development of American showbiz along with interesting tidbits about the building itself – like why it commissioned, then destroyed, one of the greatest murals ever painted.

From a mecca of the media to a church of God, you’ll walk a block to the east to see the NYC’s most important church, St. Patrick’s Cathedral. As you admire its neo-gothic facade and then step inside to explore the jaw-dropping nave, you’ll learn about the city’s large Irish community and the ways that their culture and religion have shaped the history of the city.

Not all of NYC’s landmarks are made of bricks and mortar. From the Cathedral, you’ll take a stroll down 5th Avenue to admire the elaborate window decorations of luxury boutique and learn how this stretch of asphalt became one of the most storied streets in the world. Along the way, you’ll also see landmarks like the main branch of the New York Public Library.

Your destination is one of the most beloved buildings in New York, Grand Central Terminal. As you gaze up at the spectacularly frescoed vaulted ceiling, you’ll be surprised to learn that this building, which is now one of the most visited attractions in the world, was nearly demolished in the 60’s. You’ll hear the whole story, along with a lot of interesting secrets and anecdotes about the building from your guide as you explore its cavernous interior.

The jewel in the crown of central Manhattan is the Empire State Building, so we’ve saved it for last. With pre-reserved tickets, you’ll skip most of the entrance lines and take the elevator straight to the viewing deck on the 86th floor, which gives you panoramic vistas around the city and beyond into and Brooklyn and Queens.

The heart of the Big Apple can be overwhelming, but when you go with a Walks guide, they unlock the history and culture of the city for you so you can see and appreciate the city as they do. On this highlights tour, you won’t just see the most famous sight of NYC, you’ll experience them.