Purchase your ticket on Travelin’ Coupons and save $4.00 per person. Travelin’ Coupons donates 10% of its proceeds to the Student Youth Travel Foundation. It may not be much, but every little bit helps. Thank you! We love you and have fun in New York!

One of the best ways to maximize your time in New York City and see the city’s greatest sites is on the New York Water Taxi. From the Statue of Liberty to the Brooklyn Bridge, you’ll enjoy hop-on, hop-off service at some of the top attractions, landmarks, and iconic sites throughout the Big Apple. Guests enjoy first class amenities, a narrated tour from energetic tour guides, and much more. 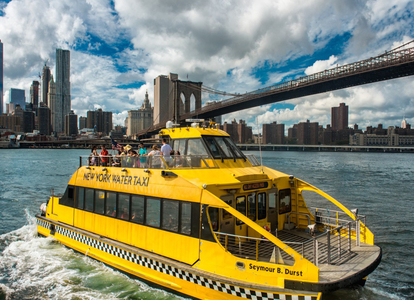 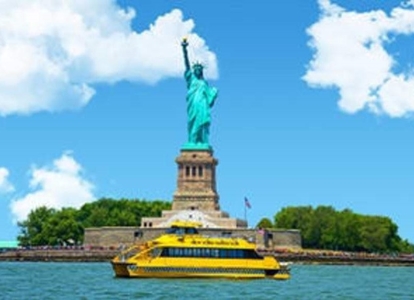 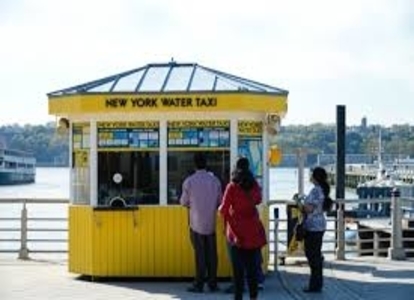 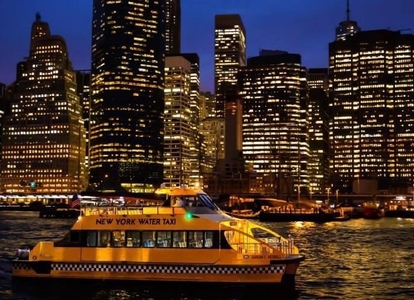 New York Water Taxi All-Day Access Pass:
Experience NYC aboard New York’s most iconic boat! The All-Day Access Pass is the ferry to get you where you want to be. With hop-on hop-off service to 3 stops in Manhattan and 1 in Brooklyn, you’ll have access to the city’s greatest neighborhoods, sights, and attractions. Along the way you’ll be treated to amazing views which include the Statue of Liberty, Empire State Building, Brooklyn Bridge, One World Trade Center and much more. All this while enjoying first class amenities and narration by the most entertaining and informative guides in the business. New York Water Taxi is the better way to see NYC!

DURATION: 70 minutes
SCHEDULE: Boats run continuously every 30-70 minutes from approximately 10 am until 6 pm, based on season, with additional times added during peak days.

You must check in for the cruise at Pier 79 on West 39th Street and the Hudson River or at Pier 11 at Wall Street and the East River, near South Street Seaport, to first to receive your passes. You can do a complete cycle and end your tour at the same location you started or hop off at the additional hop off locations including the World Financial Center Ferry Terminal at Vesey Street and the Hudson River and DUMBO, Brooklyn at Pier 1, Water Street at Brooklyn Bridge Park. Depending on the time of check-in, you will be put on the next available boat. Times are on a first-come, first-served basis.