We don’t have discount yet, but we are constantly working to get you the best deal. You can still buy your ticket on Travelin’ Coupons. Travelin’ Coupons donates 10% of its proceeds to the Student Youth Travel Foundation. It may not be much, but every little bit helps. Thank you! We love you and have fun on the Tour!

Tour the historic Woolworth Building in NYC! Built in 1913 by Cass Gilbert, this skyscraper was once the tallest building in the world. While the building has long been closed to the public, guests can tour the vintage lobby and learn about the magnificent architecture of this legendary New York City jewel. Tours are available in 30, 60, and 90-minute lengths. 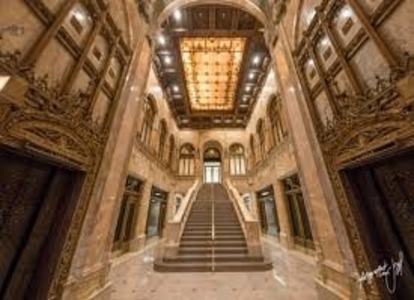 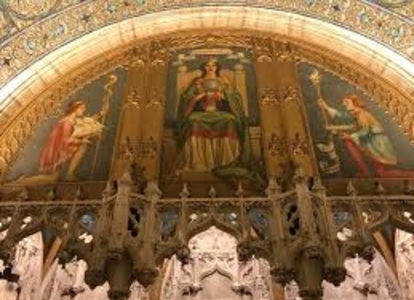 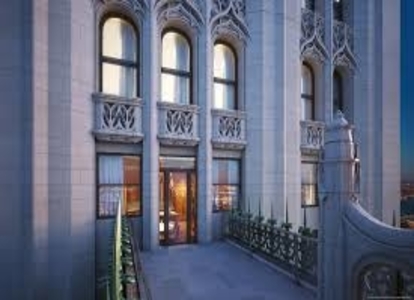 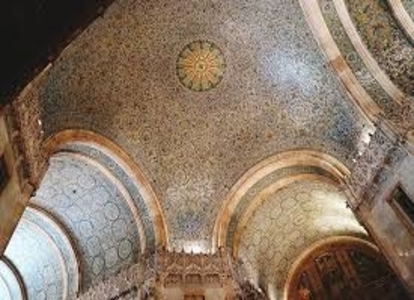 In 1913 the Woolworth Building, hailed by architectural critics as an engineering marvel, soared 792 feet high into the lower Manhattan skyline, making it the tallest building in the world at that time. The awe-inspiring, technologically advanced steel frame structure was designed by
renowned architect Cass Gilbert. In addition to the skyscraper’s mechanical underbelly, which featured high speed elevator service, self-sustaining electrical power generation, heating, cooling, water supply, and fire protection, its grand lobby was recognized as a stunning and picturesque work of art.

Today, the lobby’s spectacular stained glass, Byzantine mosaics, sculptures, and murals are being appreciated by architectural enthusiasts and professionals, historians, artists and visitors from around the world. The lobby had been closed to the public for a number of years due to security issues and general traffic within a building that houses professional offices and soon to be residential tenants. But there was no denying the public’s interest in this “Cathedral of Commerce”, as its Gothic exterior beckoned passersby into its Romanesque cathedral style lobby with its magnificent marble staircase.

Frank W. Woolworth, the chief executive of the F. W. Woolworth Company and owner of the popular five-and-ten-cent stores across the globe, commissioned Cass Gilbert to build the Woolworth headquarters. And while the skyscraper became a beacon for commerce and prosperity, the architect and the building’s principals upheld a sense of humor and pride which visitors can see amid the lobby’s many carved stone caricatures (Corbel sculptures include Gilbert with a model of the building, engineer Gunvald Aus taking a girder’s measurements, and Woolworth counting nickels), theatrical faces, symbolic animals, documented dates and trusted allies. These fun facts and details, and so much more, are exposed during the Woolworth Building Lobby Tours.