As the Museum of We the People, America’s Town Hall, and a center for Civic Education, the National Constitution Center brings the U.S. Constitution to life for visitors of all ages. Experience America’s founding documents up close, immerse yourself in interactive exhibits such as American Treasures: Documenting the Nation’s Founding, and be inspired by the live theatrical production of Freedom Rising. 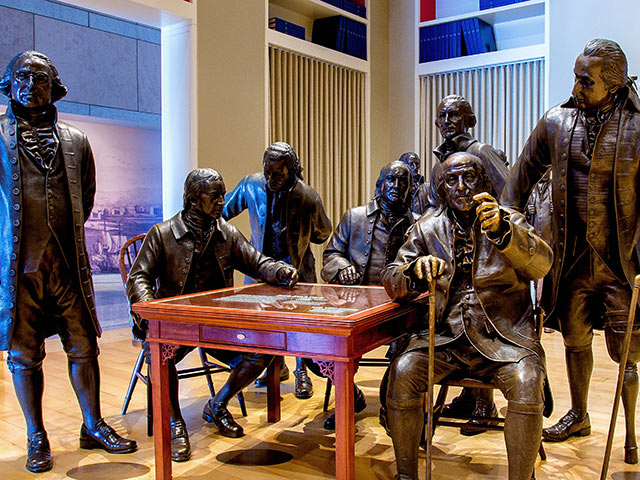 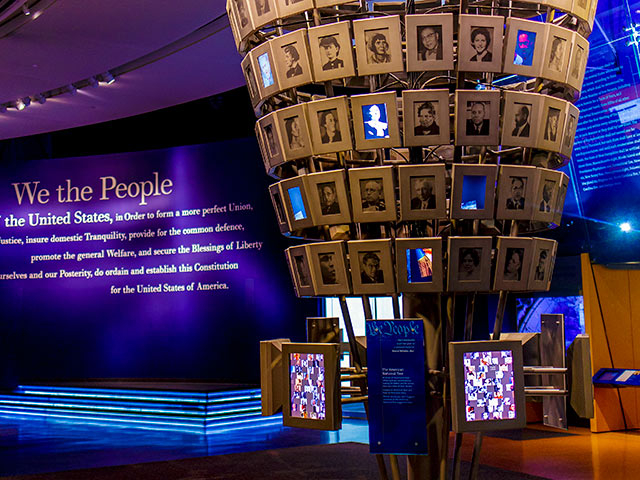 Freedom Rising, a stirring, 360-degree theatrical production, takes you on a journey from America’s founding to the present day. Supreme Court Justice Sandra Day O’Connor calls it “the best 17-minute civics lesson in the country.” It’ll give you goose bumps!
Take the Presidential Oath of Office. Do you solemnly swear to preserve, protect, and defend the Constitution? Be sworn in as the next president of the United States at this fun, interactive exhibit.
Step up to the American National Tree, a towering display of touch-screens that introduces visitors to 100 individuals who made an impact on our constitutional history. There are several famous faces, but you’ll discover many unsung American heroes too.
See an original oil lamp from General Meade’s Gettysburg headquarters, an original Confederate canteen lost in the heat of battle, and other striking artifacts from one of the most turbulent periods in our nation’s history in the Civil War Experience.
Explore American Treasures: Documenting the Nation’s Founding, an intimate look at the path the Framers took to create the U.S. Constitution and secure the Bill of Rights.