Purchase your ticket on Travelin’ Coupons and save up to $2.00 per person! Travelin’ Coupons donates 10% of its proceeds to the Student Youth Travel Foundation. It may not be much, but every little bit helps. Thank you! We love you and have fun in Pigeon Forge!

This All Access Pass offers excitement and adventure from four different attractions including Hollywood Wax Museum, Castle of Chaos, Hannah’s Maze of Mirrors and Outbreak. The Hollywood Wax Museum in the Smoky Mountains gives guests the opportunity to rub elbows with their favorite A-listers. This classic star-studded attraction lets you take pictures & selfies with celebrities and be part of the Hollywood scene! It is also home to Hannah’s Maze of Mirrors, Castle of Chaos 5D Adventure and Outbreak. 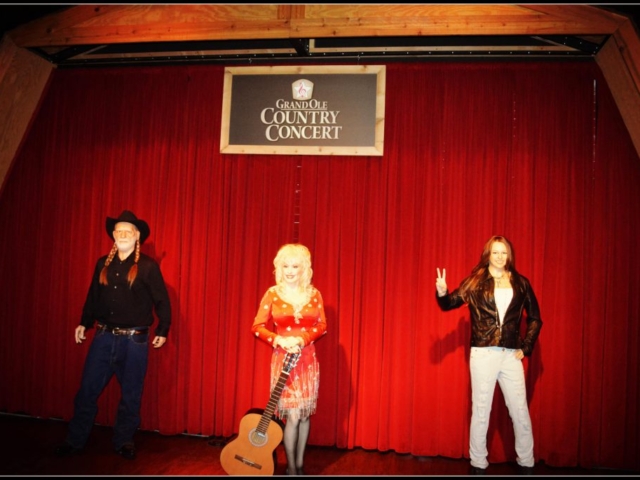 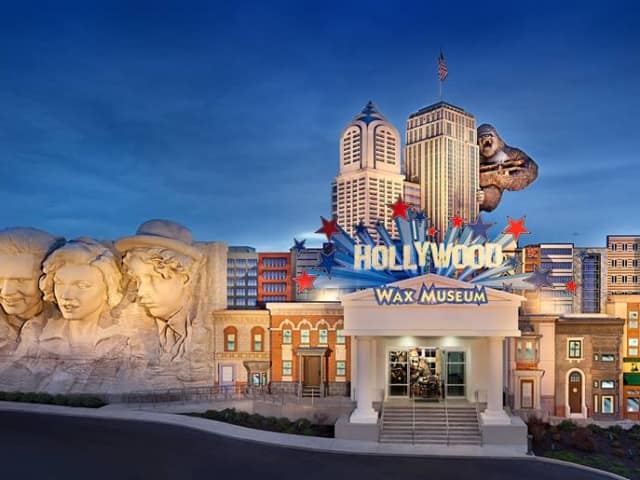 Hollywood Wax Museum
Come Play With The Stars! The world-famous Hollywood Wax Museum in the Smoky Mountains gives you the opportunity to rub elbows and take “selfies” with your favorite celebs! Grab your camera and be part of the Hollywood scene! Learn all about the pets, pet peeves, accomplishments, and charity work of classic stars and the latest pop culture icons, with fun photo opps at every step.

Hannah’s Maze of Mirrors
Are you The Chosen One? Find your way through the mirrored corridors hidden deep within the Castle of Savannah and go on a gallant adventure to rescue a princess. Discover 288 potential turns among hundreds of mirrored walls and archways, plus several sections where you see infinite reflections in every direction.

Castle of Chaos 5D Adventure
Feel the excitement of a whole new reality! Just grab your 3D glasses, pick up your laser blaster, and choose from two thrilling adventures where you’ll shoot for the highest score. Rid the town of ravenous werewolves on the attack. Or, ride the rails chasing down a band of robot outlaws.

Outbreak: Dread the Undead
Can you save the world from a dangerous viral outbreak without being exposed yourself?! Chemacorp might have meant well with Alpha Strain, but the gene-altering substance turns humans into zombies. Their experiment-gone-awry has turned test subjects into throngs of the undead—and their testing facility into ground zero for a zombie apocalypse! You’ll shriek your way through the ransacked biotech lab, morgue, and rotting basement. The challenge? Rid the world of Alpha Strain, or, at least, make it out alive (and screaming)!

Please note: Children must be at least 4 years old in order to ride Castle Of Chaos. Children 3 and under may NOT ride.