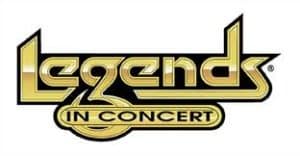 Don’t miss the spectacular Legends in Concert New Year’s Eve Show at the iconic Dick Clark’s American Bandstand Theater! Rock in the New Year with your favorite Legends in Concert stars featuring Dean Z as Elvis, Elton John, Tina Turner, Brooks and Dunn, The Blues Brothers™ and special guest, Cher. Internationally recognized as The World’s Greatest Live Tribute Show, Legends in Concert dazzles the young, old and in-between with spectacular, fun-filled entertainment the whole family will enjoy! With a rotating line-up that changes four times a year, there is truly something for everyone. Make plans now to bring in the New Year at Dick Clark’s American Bandstand Theater with a special 9:30 pm New Year’s Eve show! Enjoy our midnight celebration with party favors and a delicious meal.