There is no better way to learn about American history than by diving headfirst into the scene where one of the most important events that influenced the formation of the United States took place. The Battle of Gettysburg in July of 1863 took the lives of over 50,000 soldiers and is known as the turning point of the American Civil War. It was during these three days that The United States began to gain leverage over the Confederates, leading to an eventual victory that would form our nation, as we know it today. The Gettysburg Battlefield is now a National Park open to all visitors to explore and learn about this vital historical event. 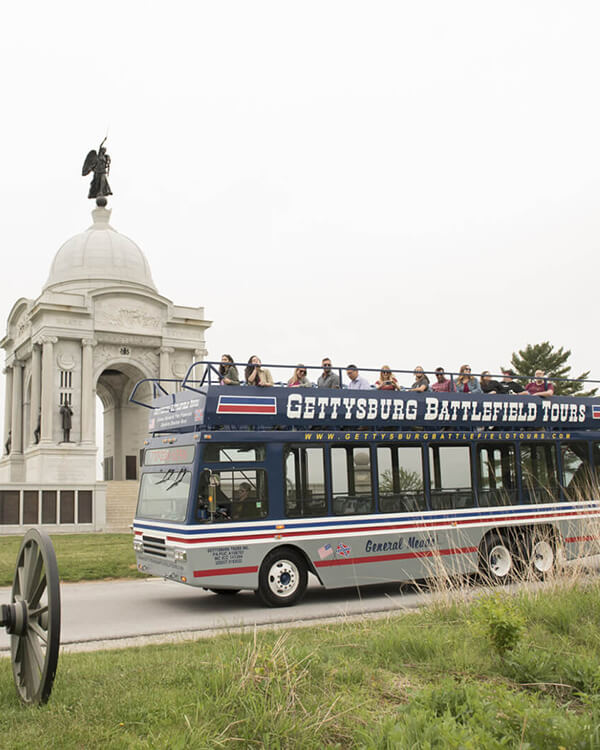 The Gettysburg Battlefield Licensed Guided Tour is a great combination of comfort and informative entertainment. A National Park Service Licensed guide will lead visitors on a two-hour tour of all the events that took place during the Battle of Gettysburg. All historical information will be given in vivid detail as you explore and visit the monuments and locations within the battlefield where the largest military engagement took place on United States soil. A tour of the battlefield is also offered on an open-air, double-decker tour bus.

Browse our Travelin’ Fun page for trip tidbits, check out our favorite book on Gettysburg or spend some time reading through our Gettysburg blog! We love Gettysburg and hope you do too!

Know Before You Go! Check Out Our Favorite Gettysburg Travel Guide