How to Redeem A Salute to Elvis Pigeon Forge Coupons:

Purchase your ticket on Travelin’ Coupons and save $5.00 per person. Travelin’ Coupons donates 10% of its proceeds to the Student Youth Travel Foundation. It may not be much, but every little bit helps. Thank you! We love you and have fun in Pigeon Forge!

About A Salute to Elvis Pigeon Forge:

Celebrate the King of Rock ‘n’ Roll with tickets to a flashy performance featuring award-winning tribute artist Doug Thompson. Sing along to the classic songs at the Main Event Theater in Pigeon Forge. You can’t help falling in love with this lively show, which lasts nearly 2 hours. Arrive early to see an entertaining, nostalgic video and bring your kids, too. 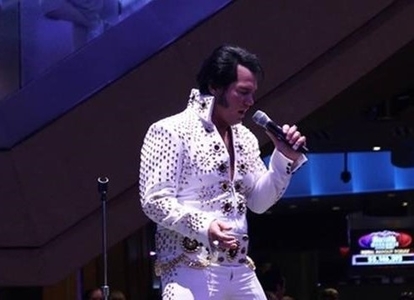 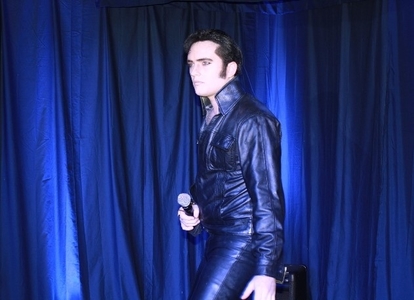 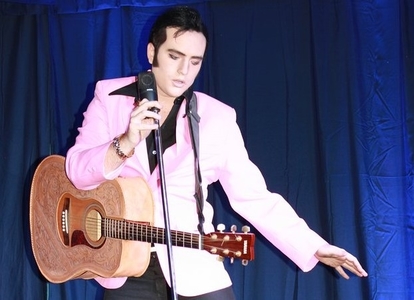 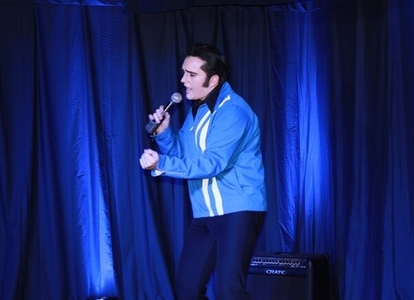 More on A Salute to Elvis Pigeon Forge:

Stewart Chapman is an award winning professional Elvis Tribute Artist. Singing and entertaining has always been a big part of Stewart’s life. Like many other entertainers, Stewart began singing in church at a young age, and continued his singing through his youth in school. Stewart grew up listening to gospel, country music legends, and of course Elvis.

His deep love and admiration for Elvis the man, and his music began him singing Elvis in school as early as kindergarten. Stewart has a deep passion for Gospel music as Elvis did. Stewart’s goal is to capture an audience with emotion, and electricity within the words of a song, wrap it up in his energy and deliver the ultimate gift to those in attendance.