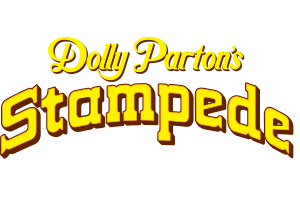 Purchase your ticket on Travelin’ Coupons and save. Travelin’ Coupons donates 10% of its proceeds to the Student Youth Travel Foundation. It may not be much, but every little bit helps. Thank you! We love you and have fun in Pigeon Forge! 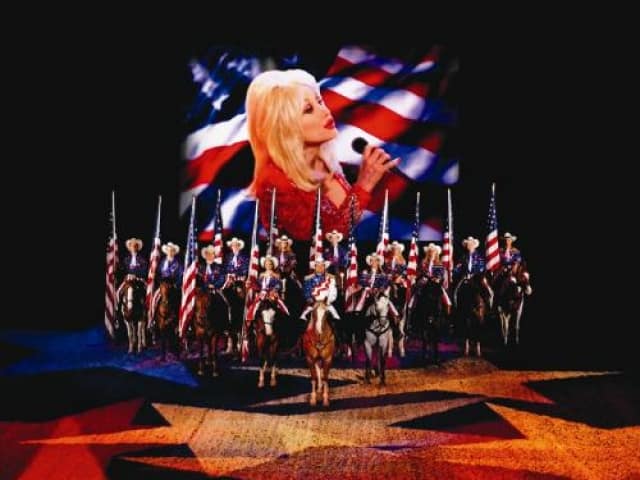 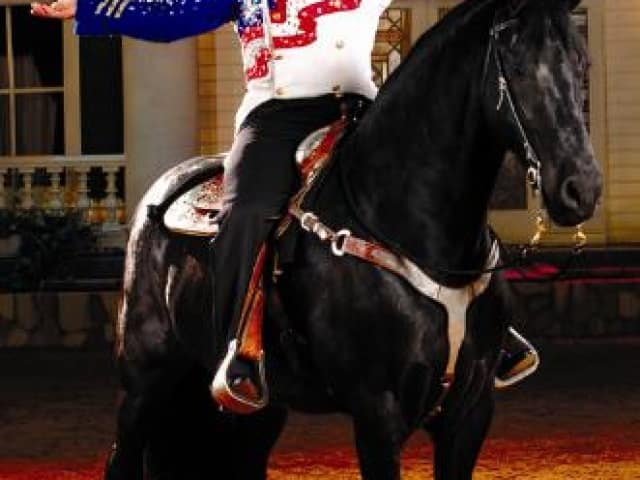 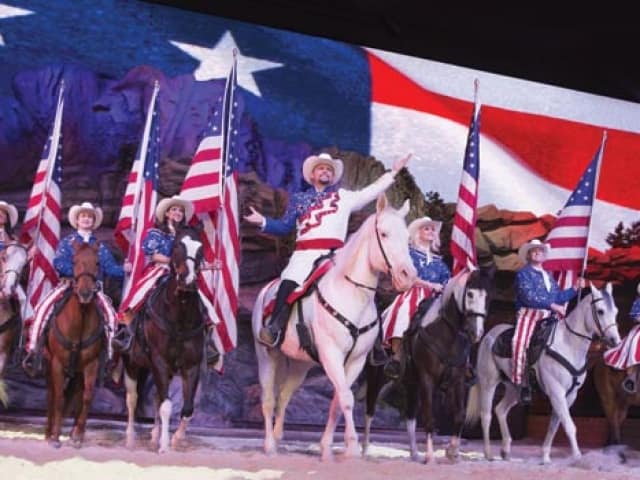 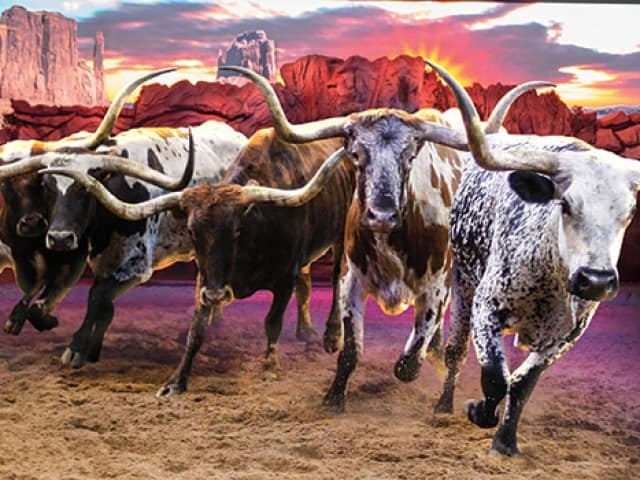 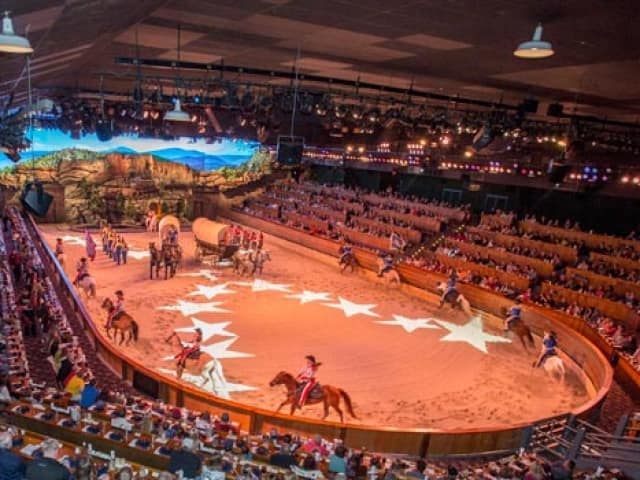 Back by popular demand, the impressive Longhorns make an appearance during the show as the pioneering settlers move west in search of new lands. For most guests, this is the closest they will come to these magnificent animals.

Stampede offers two shows in one – one-of-a-kind pre-show entertainment and a full-scale arena spectacular with a talented cast of performers, costumed servers, singing and dancing, trick riding with an impressive stable of 32 horses, and the spectacular “Roman Ride of Fire!” Guests are expected to bring a hearty appetite with them as they will be served Stampede’s traditional four-course feast.

Please arrive an hour before show time to stroll the beautiful horsewalk, and enjoy the side-splitting comedy and bluegrass and country music of Stampede’s house band during the pre-show.

Hot Buttered Corn on the Cob