Purchase your ticket on Travelin’ Coupons and save $10.00 per person. Travelin’ Coupons donates 10% of its proceeds to the Student Youth Travel Foundation. It may not be much, but every little bit helps. Thank you! We love you and have fun in San Francisco!

Soar high above the gorgeous San Francisco coastline in a 45-minute flight. You’ll see all of the major landmarks and iconic attractions including the Golden Gate Bridge, the majestic redwoods of Muir Woods, AT&T Park, Alcatraz, and so much more. This is the best way to see the city in all its glory. Reservations are recommended. Minimum of 2 passengers per flight. 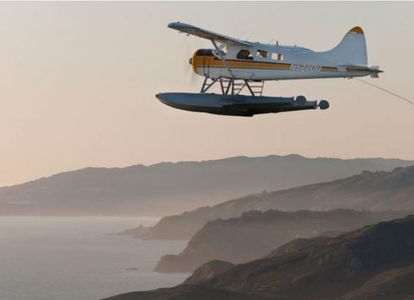 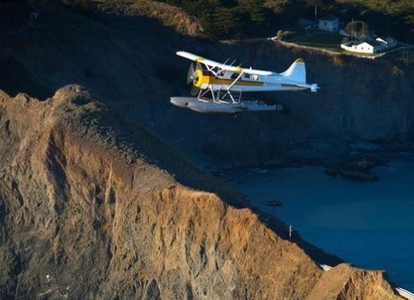 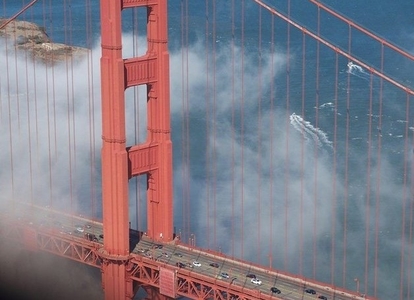 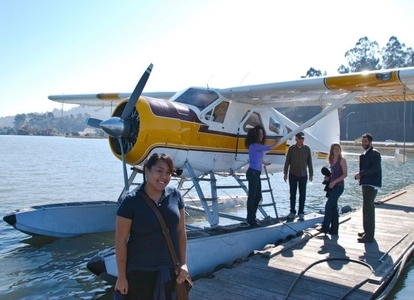 Our 45 minute flight includes all the sights described in the Golden Gate Tour flight, but brings you the additional delights of the Bay Area’s dramatic coastline. This flight will begin with our take off from our seabase in the lovely bayside village of Sausalito just across the Golden Gate Bridge. We will then fly right over the Golden Gate National Reserve and out along the coast beyond the Golden Gate. This coastline has been sculpted by fantastic geologic forces over hundreds of millions of years, making the San Francisco Bay Area one of the most active seismic zones in the world!

We will fly out to the wide, sandy beaches of Stinson Beach, then over the majestic and ancient redwoods of Muir Woods, and finally back over the legendary Golden Gate Bridge herself! Then on above Crissy Field, Downtown San Francisco, AT&T Park – Home of the Major League Baseball World Champion San Francisco Giants, then on over the infamous island prison of Alcatraz. Finally your flight will be completed with a pass by the historic Angel Island – the Immigrant Gateway to the West and a smooth landing back in Sausalito’s Richardson Bay.

**FLIGHTS MAY BE CANCELLED AND FLIGHT ROUTES ALTERED DUE TO WEATHER.