Founded with the goal of educating the general public about the preservation and protection of marine life, Marineland Dolphin Adventure offers educational and interactive aquatic experiences. Connect with dolphins and other marine animals while learning about their anatomy, habitats, behaviors, and more through in-person encounters. Then, go for a swim with these friendly and playful dolphins! 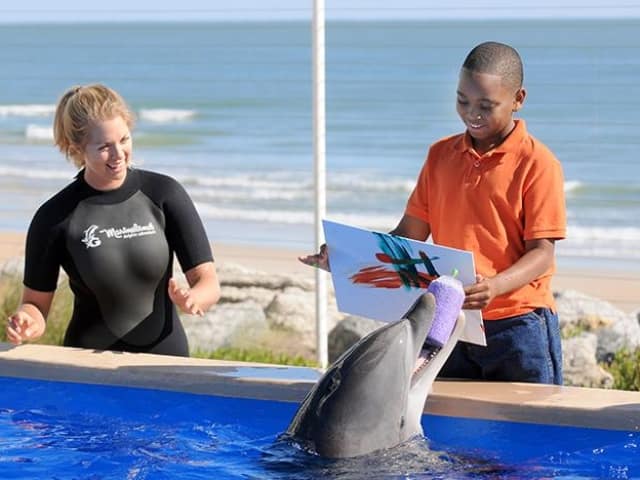 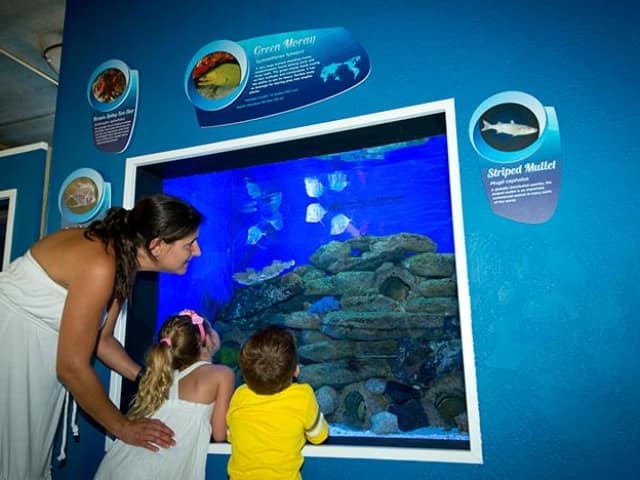 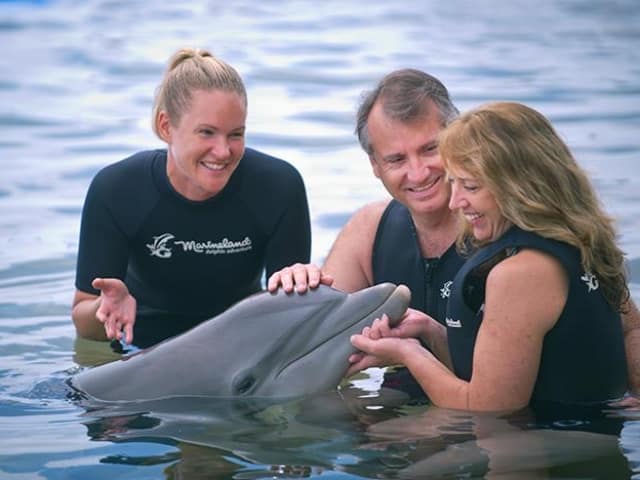 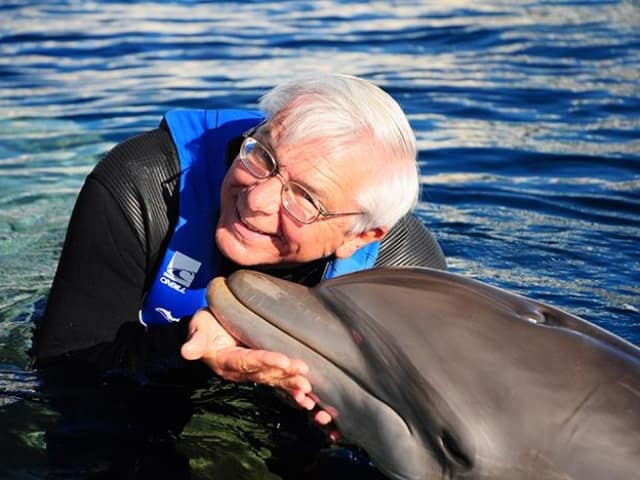 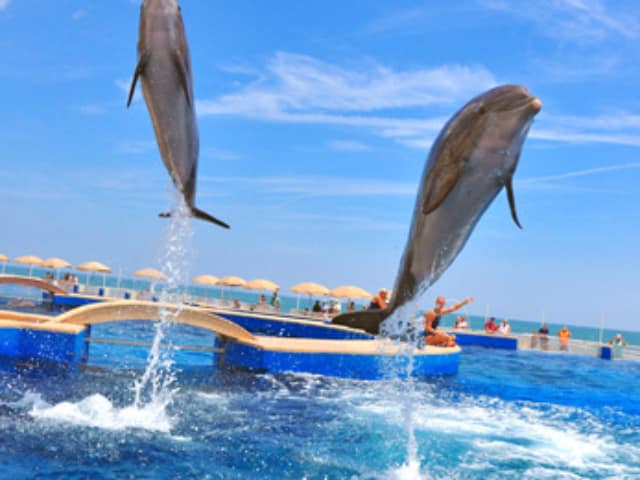 Purchase your ticket on Travelin’ Coupons and save up to $2.13 per person! Travelin’ Coupons donates 10% of its proceeds to the Student Youth Travel Foundation. It may not be much, but every little bit helps. Thank you! We love you and have fun in St. Augustine!

Marineland Dolphin Adventure celebrates its remarkable 80th anniversary this year, and as the world’s first oceanarium, it is excited to celebrate its rich history with its fans. Founded as Marine Studios on ocean-side property just 18 miles south of St. Augustine, Florida, the facility opened on June 23, 1938.

Today, Marineland Dolphin Adventure offers guests a variety of interactive and in-water programs that allow guests to make physical and emotional connections with animals. The 80th anniversary will be marked by celebratory events throughout the year. Additionally, archived memorabilia and footage dating as far back as 1938 will be displayed and shared with Marineland Dolphin Adventure’s many generations of admirers.

Marineland Dolphin Adventure, the world’s first oceanarium, invites you to join us in creating lasting memories at our 1.3 million gallon series of dolphin habitats. Choose from a variety of interactive programs, which range from those for land-loving guests to enjoy dolphins up-close, to those that offer the opportunity to immerse yourself in the dolphins’ aquatic world as you swim with our gentle residents. Experience these amazing animals for yourself. General admission guests are able to view the dolphins through 6 x 10 ft acrylic windows as they swim, play and interact with guests in programs alongside the pristine Atlantic coastline. Book your program reservations in advance to ensure your own thrilling dolphin encounter!