Purchase your ticket through our partner, Trusted Tours and save $2.00 per person! Travelin’ Coupons donates 10% of its proceeds to the Student Youth Travel Foundation. It may not be much, but every little bit helps. Thank you! We love you and have fun in Boston, MA!

Turn movie fantasy into reality as you view the places where iconic Boston-based movies and television shows are filmed. Led by a local actor, this 90-minute walking tour is a fun way to hear behind-the-scenes stories and see why Boston is such a popular film location. 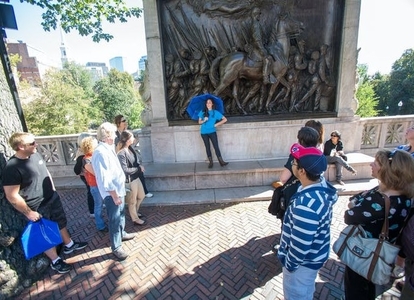 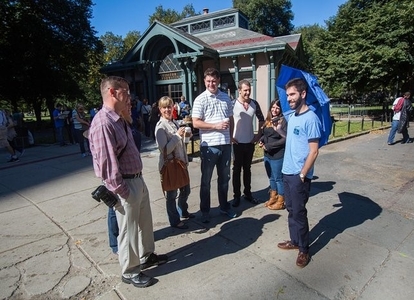 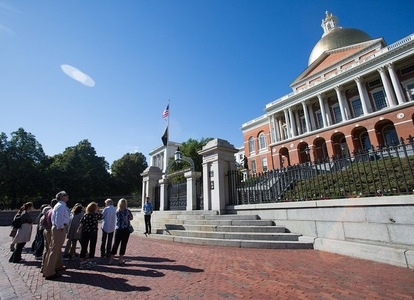 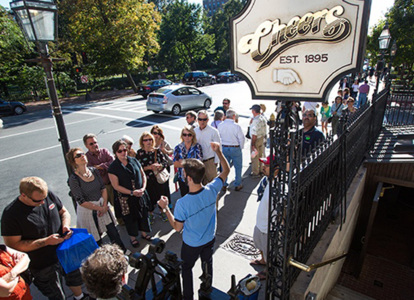 Boston has provided a memorable backdrop for more than 400 TV shows and movies, including Curious George, The Departed, Good Will Hunting, Ally McBeal, Leverage and Cheers. The Boston Movie Mile Walking Tour starts at the State House and then follows Beacon and Charles Streets. The tour also includes some interconnected side roads. During the excursion, your guide will share some fascinating stories about the various film locations along the route.

In addition to the Public Garden bench where Robin Williams and Matt Damon chatted, you will walk along the same portion of Acorn Street that Steve McQueen and Faye Dunaway strolled in the Thomas Crown Affair. Other memorable settings include the Boston Common and the Public Garden, which provided a backdrop for the movies Ted, The Company Men and Glory. A highlight of the tour for fans of the sitcom Cheers is the stop at the original bar whose fa’ade and surrounding neighborhood provided the exterior shots for the popular sitcom.

The tour enables seasoned travelers and first-time visitors to see why the Cradle of Liberty is so popular with Hollywood. You will see Boston with a fresh perspective as you visit the same locations where actors recited memorable lines in some Hollywood’s most compelling productions. Step out of reality and imagine yourself on the set of your favorite show or movie.

Get ready for an unforgettable journey into film and TV history. You will learn movie trivia, the backstories of popular productions and see iconic attractions in the city. The fun-filled tour is a seasonal event that operates from April through the end of October. Make reservations for the next Boston Movie Walking Tour and purchase your eTickets today.

GROUPON offers things to do in Boston for up to 50% off! See what deals they have today!