If you’re a fan of “X-Files,” “Roswell” or anything out of this world, a visit to the Atomic Testing Museum’s Area 51 display hits the spot. Read news articles on the first reported UFO sightings, biographies on investigative journalists and information on high-tech test planes. See what you look like in the mirror (from the perspective of an alien) and try on a pair of goggles to have alien eye vision. You’ll also see an A-12 pressure suit up close. 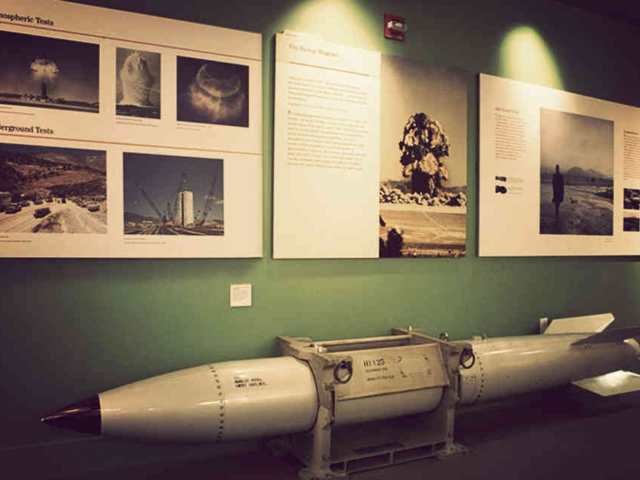 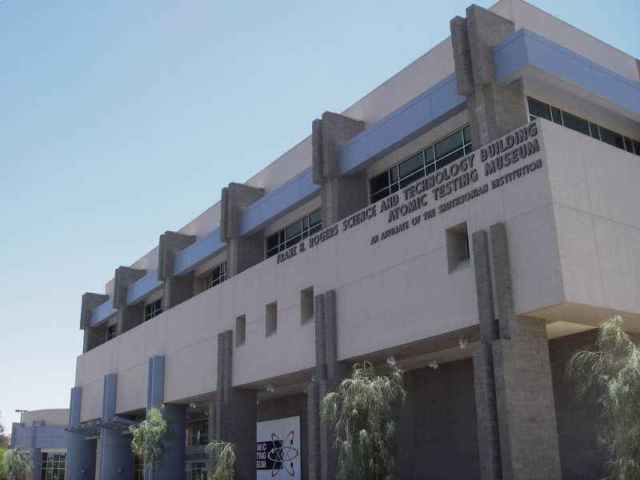 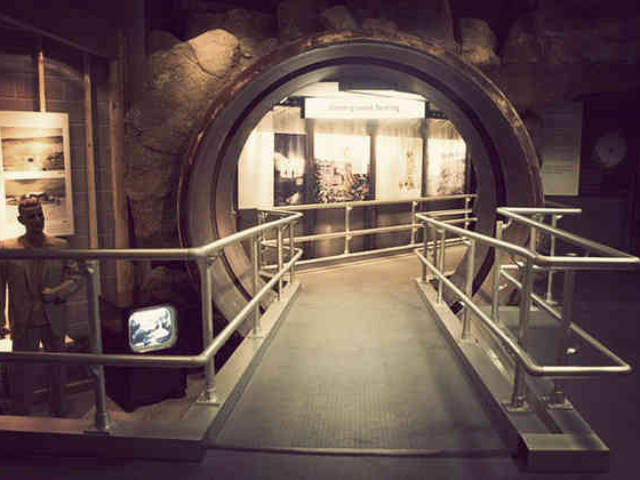 Imagine opening your history text book from grade school and having the ability to jump inside the pages and experience the events first-hand.

That’s what it feels like when you step into the 10,000-square foot National Atomic Testing Museum. In late 1991, Congress chartered the museum as the country’s only official atomic museum.An affiliate of the Smithsonian Institution, the museum houses interactive displays, short films, timelines and real equipment from the former testing site. You can even toy with some gizmos and gadgets, including testing your own radioactivity.

Those visiting Las Vegas in the 1950s probably saw massive mushroom clouds rise from the Nevada Test Site (NTS). NTS was the country’s nuclear testing location just 65 miles outside the city. In fact, some casinos even offered people seats so they could sit and watch.