Without a doubt, Mac King is the funniest and now, longest-running magician in Las Vegas. He’ll hold you spellbound in his old Vegas-style showroom at Harrah’s, while you hold your gut from laughing at his family friendly humor. King’s self-effacing sense of humor, blended with his flawless sleight-of-hand and superbly corny imagination, elevate him to the top of his craft. Plus, his unique combination of endearing Southern charm and offbeat showmanship never fails to produce mesmerizing tricks and a giggling audience. 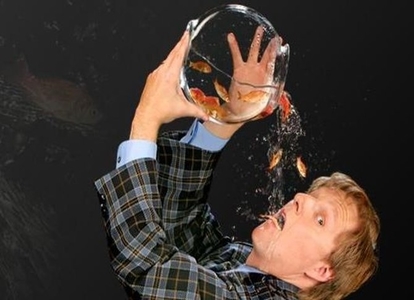 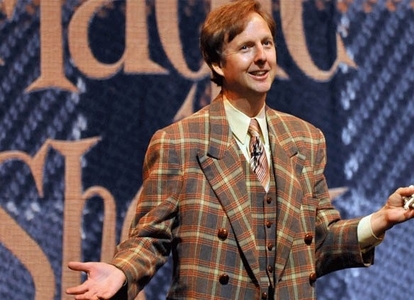 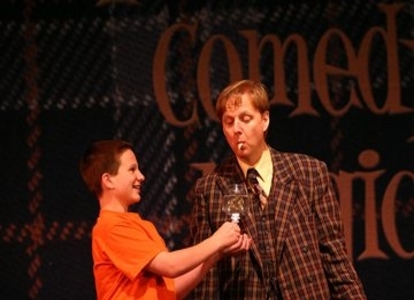 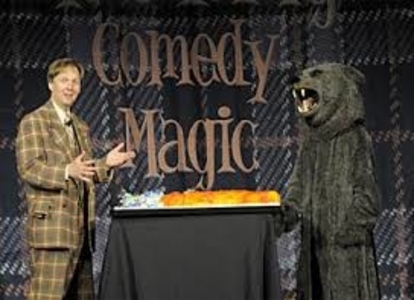 King’s repertoire includes rope tricks, hand shadow puppets, mysterious appearances of Fig Newtons, live animals (i.e., a worm, a goldfish and his newest addition of Colonel Sanders, his white guinea pig) and a gold lamé cape specially designed for his ever-realistic (well actually not at all realistic but definitely funny) impersonations of Elvis and Liberace.

Although appearing to be incompetent, King is truly adept in both his magic and people skills. That’s what makes it possible for him to feature so much audience participation. A veritable parade of volunteers steps onstage each afternoon, providing immediate, awestruck reactions to his tricks. Our insider tip to you if you want to better your chances of being selected to join Mac onstage: Be outgoing, expressive and sitting in the first several rows.

His showroom has traditional chair seating in the front and a few rows of spacious booths in the back – all of which offer clear views of the stage. Except for lighting and music, King makes little use of technology and has no ingeniously engineered props. Everything in his show seems ordinary…but then remarkably exceeds your expectations under impossible circumstances.