Save 50% on all V Theater Las Vegas Shows:

Designed with state of the art lighting and sound systems, fiber optic video curtains and premium stadium seating makes Saxe Theater one of the most advanced theaters on the Strip today. Home to some of the best productions you will see anywhere, you can always find something to make your trip to Vegas even more memorable. 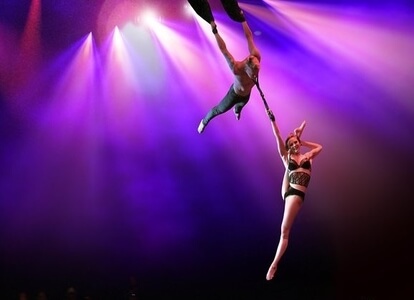 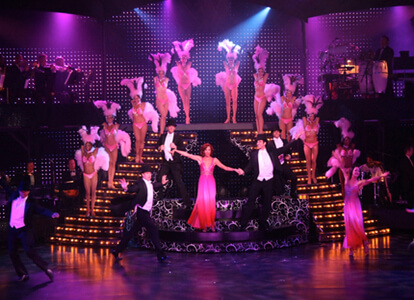 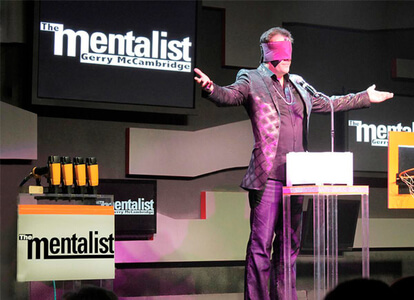 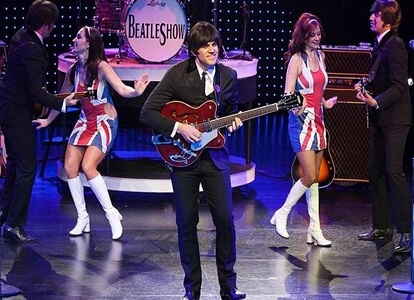 V – The Ultimate Variety Show: V – The Ultimate Variety Show originally premiered back in 2002 inside the Venetian Hotel & Casino. Sensing an instant hit, local producer David Saxe bought and relocated the popular show to the V Theater inside The Miracle Mile Shops of Planet Hollywood Resort & Casino. Since its relocation, the production has managed to become the most talked about show in Las Vegas, employing some of the most talented performers from across the world.

Vegas The Show!: VEGAS! THE SHOW encompasses everything Las Vegas! A Broadway-style production that takes place right in the heart of the Strip, VEGAS! THE SHOW portrays the classic and timeless glamour that is the true Las Vegas. Audiences can expect to see intricate musical numbers performed by some of the biggest stars in the world of Broadway.

Zombie Burlesque: The undead never looked so good! Zany musical zombies from the atomic era take to the stage at “Club Z” with variety acts, comedy, a live big band and award-winning cast of characters. Your fantasies come back to life!

The Mentalist: Since July 2005, Gerry McCambridge has been a headliner on the Las Vegas strip. His live show is in it’s 10th year, with over 2,700 Las Vegas performances making him the longest running and most successful Mentalist show in Las Vegas history!

Beatleshow: Beatleshow takes everything you love about the Beatles and presents it just as if John, Paul, George and Ringo were on stage together again. You will want to get up, sing and dance as some of the best Beatle musicians re-create some of the most memorable Beatle moments from every era of their career. From Beatlemania all the way up to the White Album. You will hear all the hits LIVE. No clowns in costumes and no recorded conversations. Just live Beatles music.

Hitzville: “Hitzville – The Show” is a journey through time with the music that made a city come alive. The show features hits made famous by Tina Turner, The Temptations, Gladys Knight, The Supremes, The Four Tops and more.

Nathan Burton: Born in Oakland, California, Nathan Burton was bitten by the “magic bug” at the age of four when he performed his first show in front of his kindergarten class. Although none of the tricks went as planned, he was hooked instantly, deciding that magic was what he wanted to do for the rest of his life. By the age of 18, Burton had already won four first place trophies at international competitions for his original blend of comedy magic, which later earned him multiple appearances on NBC’s The World’s Greatest Magic specials.

All Shook Up: He is one of the most famous cultural icons and one of the most celebrated musicians of the 20th century, not to mention the best-selling solo artist in the history of recorded music … and that’s why they called him “The King”.

Marc Savard: See Hypnotist Marc Savard in this unpredictable night of zany antics as he commands his hypnotized volunteers to act out his every command. It’s a little bit naughty, a little bit crazy, and every bit hilarious! Participate on stage, or watch from the audience, either way, it’s a show critics are calling “A Must See Vegas Experience”!

Aussie Heat: Aussie Heat have landed. From Down Under to the LAS VEGAS STRIP! Performing at the amazing V Theater in Planet Hollywood! GRAB A HUNK-TAIL on your way in, and be seduced by Australia’s HOTTEST dancing strippers. A whole NEW LEVEL OF ENTERTAINMENT! The new wave of SEDUCTION is highly explosive, with PROFESSIONAL WORLD CLASS acclaimed dance and stage performers across break dancing, street dance, hip-hop, locking, popping and torn routines (illuminated Dance suits) living out every woman’s fantasy.