Discover the rumors, legends, and iconic stories of NYC on this tour hosted by Walks of New York. Learn about the rumored octopus attack on the day JFK was assassinated and the stories of Lady Liberty the other tours won’t tell you! You’ll laugh, gasp, and enjoy a day exploring New York City’s finest monuments and sights. End your day at Ellis Island using your all-inclusive tour ticket. 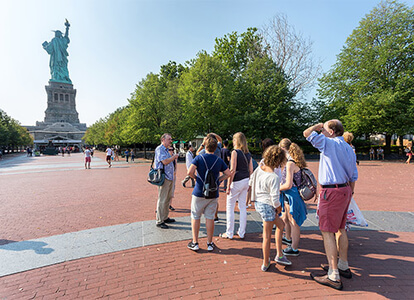 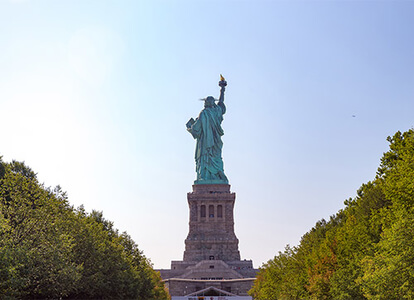 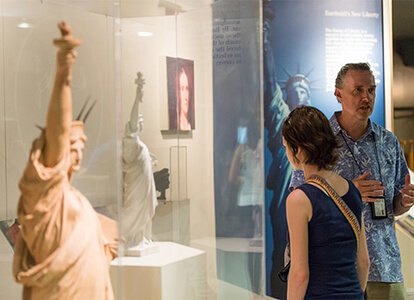 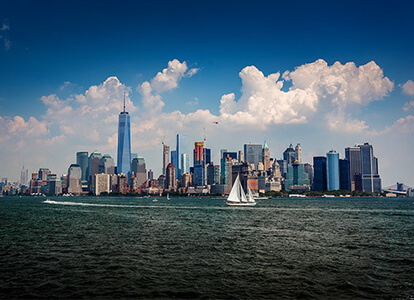 This is New York’s funniest and most insightful tour to the Statue of Liberty; Twisted Statue Tour Under Skirt Lady Liberty is giving you to the stories, rumors, legends that you won’t hear anywhere else. Want to know about the other tragedy on the day of JFK’s assassination (the one that involved a giant octopus)? Or what our guides ‘affectionately’ call Lady Liberty behind her back? Then this is your tour.

You’ll meet at Battery Park, home to a beer garden/immigration station, as well as a graphic plaque given to the city of New York by the Dutch to remind us that they stole Manhattan first. With a small group of 25 people or fewer and an expert local guide (carefully vetted for his/her sense of fun), you’ll board the ferry to Liberty Island.

During the crossing, they will regale you with some of the most outlandish stories of Lower Manhattan. First and foremost is the tale of a ferry sinking that killed 400. In the wreckage authorities found the markings of what looked like huge suction cups on the side of the boat, pointing to an unlikely culprit. Is this the twisted story NY’s port authorities are hiding from you or is it a complete fabrication? The photographic evidence held by your guide is pretty convincing…

When you reach Liberty Island you’ll have special access to climb up to the Statue pedestal, via a stairway (or elevator) inside the structure. Climb under the skirts of Lady Liberty to marvel at her cavernous interior and hear the story of how she was made. Naturally, this won’t be the polite version from the history books. Instead you’ll learn how her creator was a little dramatic and didn’t always love Americans; how many Americans cared even less for his statue and weren’t interested in paying for the pedestal that you’re standing on (which eventually cost more than the statue itself); how her torch started out as little more than a flicker of light; and how many birds lost their lives because of it.

You’ll also learn how the statue went from being little known and less cared for, to an icon of the American people, used to advertise everything from immigration and patriotism, to laxatives and cocaine. After enjoying this eye-opening, hilarious, and eventually inspirational story, you’ll step outside for views from the pedestal that reach over the harbor and encompass much of Lower Manhattan – the perfect selfie spot.

Twisted Statue Tour Under Skirt Lady Liberty tour ends here but your day doesn’t have to. With all-inclusive tickets valid for the rest of the day, you can take the ferry onto Ellis Island to explore the lovely museum by yourself and get even more information about the history of this hallowed stretch of the harbor. The museum here is so well-curated, with videos, audio, and huge photographic exhibits; you won’t need your guide at all.