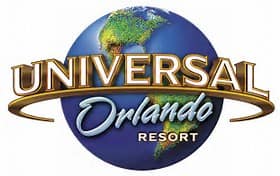 How To Redeem Universal Orlando Coupons:

Purchase your ticket on Travelin’ Coupons and save up to $70.00! Travelin’ Coupons donates 10% of its proceeds to the Student Youth Travel Foundation. It may not be much, but every little bit helps. Thank you! We love you and have fun at Universal Orlando Resort!

With two action-packed theme parks, and a 30-acre dining, shopping and entertainment complex, Universal Orlando® Resort offers a universe of adventure themed around some of the most popular TV shows, movies and comic books to date. Guests can go beyond the screen with rides, attractions and interactive shows that include character favorites like Harry Potter, Shrek, Spider-Man and many more.

It’s an entire universe of action, fun, and excitement that takes you and your family where you never thought you’d go – Universal Orlando® Resort. Discover two spectacular theme parks­ – Universal Studios® and Universal’s Islands of Adventure® – non-stop nightlife and more, all in one convenient location. Spend your next vacation at the one place where heroes rise, inhibitions fall, movies come to life, and the laws of physics are tossed out the window. Vacation Like You Mean It, at Universal Orlando® Resort.

Universal Studios Florida hurls you into the cutting-edge worlds of today’s hottest entertainment. Here you’re the star as you go beyond the screen, behind the scenes, and step right into the action alongside your favorite characters from the biggest television shows and movie franchises. Nobody immerses you in the world of movie magic like Universal Studios Florida.

Universal’s Islands of Adventure:
Embark on an epic journey through the worlds of heroes, myths and legends at Universal’s Islands of Adventure. From the streets of a comic book city, to a secret school of witchcraft and wizardry. From an island where the world’s most colossal ape reigns, to a prehistoric jungle where hungry dinosaurs roam, once-in-a-lifetime adventure waits around every corner.

Universal’s Volcano Bay:
A spectacular volcano towering over a sun-swept beach. Swaying palm trees lining your path through a picturesque island escape. It’s a South Seas oasis right in the heart of Universal Orlando. From thrilling water slides to secluded waterfalls, Universal’s Volcano Bay is a water theme park like no other. It’s the perfect place to get away from it all, a beach paradise you can enjoy without ever leaving Orlando. Beginning September 8th, Volcano Bay will be closed on Tuesdays and Thursdays.