Philadelphia is known for more than the Philly Cheese Steak! It is actually a city of firsts for the country! The city not only hosted America’s first birthday but also started up the first daily newspaper in the country! Philadelphia is also the home to America’s first zoo and hospital, and of course, the first medical school as well. The Liberty Bell, Independence Hall, and Valley Forge National Historical Park are all hot spots for visitors wanting to see parts of true American history. 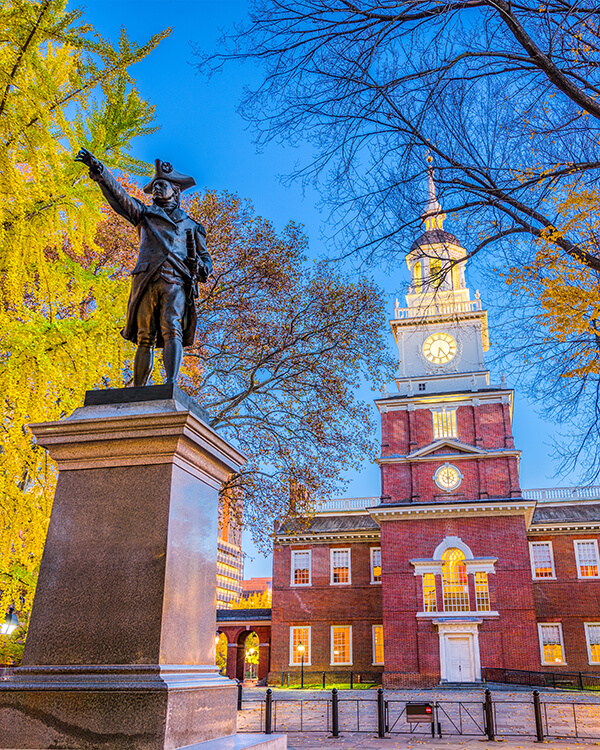 Since the city’s founding, Philadelphia has enjoyed and promoted its incredible parks and outdoor spaces. William Penn was so inspired by the eastern hardwood forest that greeted him in the New World that he named his colony Penn’s Woods, or Pennsylvania. Another Penn gem, Philadelphia’s five main squares date back to the original city — all part of the founder’s plan for a “greene countrie town.” 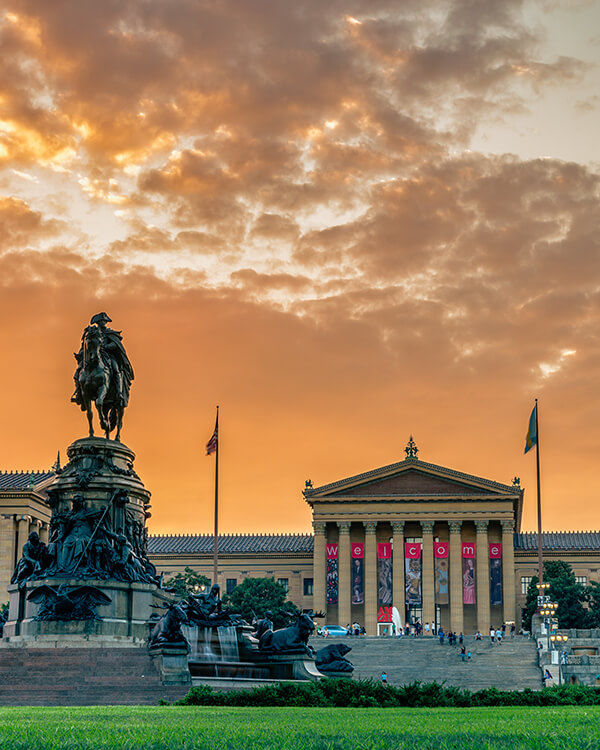 Philadelphia’s museums and attractions are small and massive, historic and modern, interactive and exclusive, eccentric and unexpected.Have you ever stood in awe of art exhibited not by artist or era, but by aesthetic, like the French impressionist and post-impressionist paintings are arranged at the Barnes Foundation? Or peered through drawers of items that patients once swallowed, as can be seen at the Mütter Museum at the College of Physicians? From the highest attraction in Philadelphia (One Liberty Observation Deck, located 883 feet above the city) to one of the most visited (Reading Terminal Market, welcoming millions of diners and shoppers each year), these are Philadelphia’s destination-defining — and trip-defining — attractions. 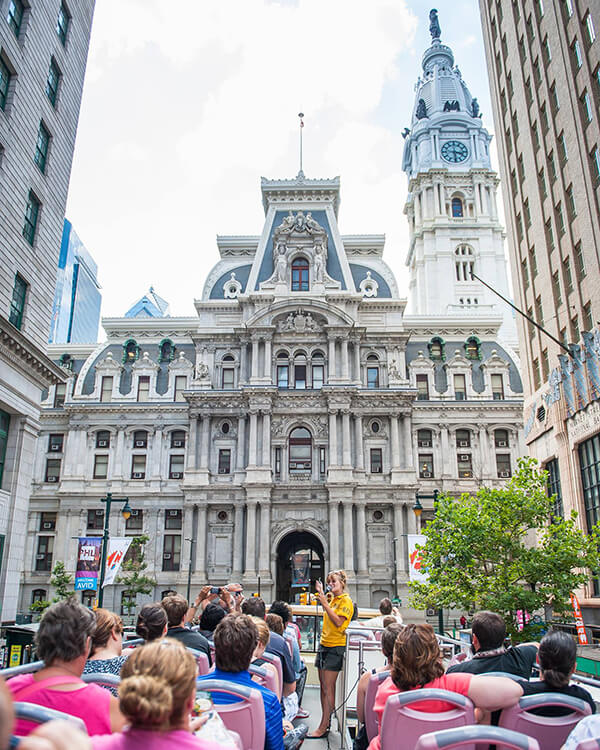 Lucky for 21st-century visitors, so much of Philadelphia’s history has been preserved. That includes, of course, two of the city’s most important attractions: Independence Hall (one of the only World Heritage sites in the country and where the Declaration of Independence and U.S. Constitution were drafted and signed) and the Liberty Bell (a symbol of abolitionist movement). It also includes the historic houses, government buildings, museums, churches and cemeteries that make up Independence National Historical Park, the “most historic square mile in America” run by the National Parks Service that sees millions of visitors every year.

Save $4.15 per ticket at Philadelphia Explorer Pass- 5 Attractions Pass with Travellin Coupons!

Save $3.75 per person when you book a Philadelphia 30 Minute Carriage Tour with us today!

GROUPON offers things to do in Philadelphia for up to 50% off! See what deals they have for today!

Browse our Travelin’ Fun page for trip tidbits, check out our favorite book on Philadelphia or spend some time reading through our Philadelphia blog! We love Philadelphia and hope you do too!

Know Before You Go! Check Out Our Philadelphia Travel Guide