Purchase your ticket on Travelin’ Coupons and save up to $7.82 per person! Travelin’ Coupons donates 10% of its proceeds to the Student Youth Travel Foundation. It may not be much, but every little bit helps. Thank you! We love you and have fun in Branson!

Head over to the Grand Shanghai Theatre to see two of country music’s top musicians perform in one epic concert. Mickey Gilley and Johnny Lee play their biggest hits and get audiences on their feet for the Urban Cowboy Reunion. After every riveting performance, Mickey and Johnny will both be available for autographs, meet and greets, and photo opportunities. 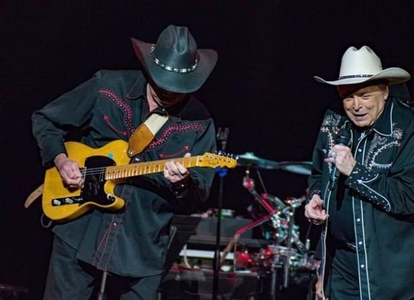 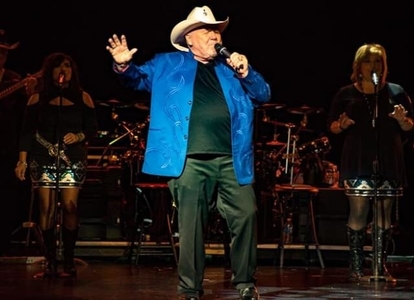 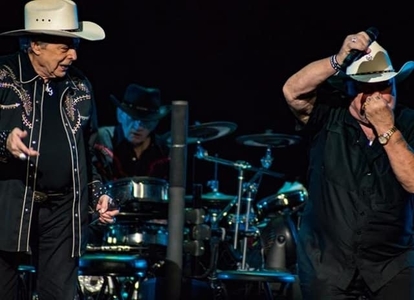 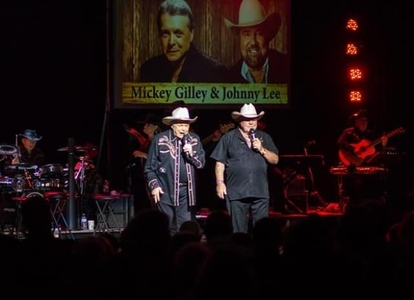 Mickey Gilley:
Mickey Gilley, whose hit bar “Gilley’s” was the set of the 1980 film, “Urban Cowboy” and whose thirty-nine hit songs, of which seventeen went to the top of the country charts (17 #1 Hits), made him the legend he is today. His top-rated, award-winning eight-piece band and his two excellent Urbanettes jump right in as Mickey takes his audience through a musical medley of his string of #1 hits, including:

Johnny Lee:
In 1968, he began a 10-year working relationship with Mickey Gilley, at the World Famous Nightclub “Gilley’s” in Pasadena, Texas. Lee was asked to perform in the 1980 film, “Urban Cowboy”, which starred: John Travolta and Deborah Winger, “Lookin’ For Love”, was from that movie soundtrack, and became Lee’s 1st “Gold Record”. Later becoming one of the Top 100 best Country Songs of all Time. A few of his hit songs include: